shooting from the hip

More on this photo after the jump: 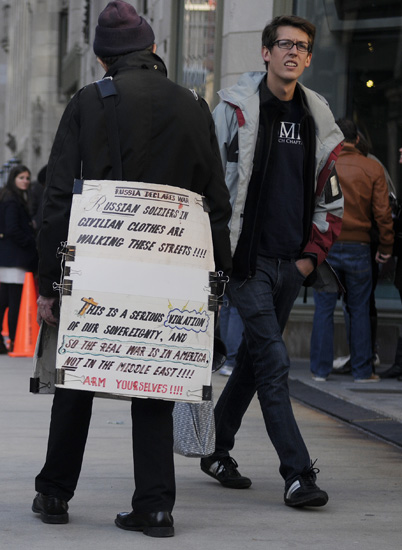 I had set up a walkaround in Chicago with Tribune photographer Scott Strazzante (from whose blog this entry's title gets its name) for yesterday at 2 p.m. He got a last-minute assignment in Downers Grove, however, so he couldn't meet me. (He couldn't even call me; we set this up over Facebook, and I didn't give him my number.) I took the opportunity to do my own photo walk.

While walking, I found the guy holding the sign in the above picture. (Apparently, Scott found the same guy.) A woman was taking pictures of him next to me, so when she finished I asked her as a joke, "Are you armed?" She said, "I'm Russian."

True story. She's a budding architect from south of Siberia. It made my weekend.

Scott eventually found me by the Forever Marilyn statue, and in the five minutes that I talked to him I learned three things: 1) He has a 312 area code, 2) He's an extremely nice person, and 3) Occupy Chicago was going to have a meeting at 7 p.m. I only got there for the end of the meeting, but I was able to meet one of the organizers, Roosevelt University student Edgar Lara (in the last photo). He's new to organizing, but he calls it "bad-ass," and he said he was excited that the movement was gaining union support. He also told me, "When you see me, say, 'Hey.'" 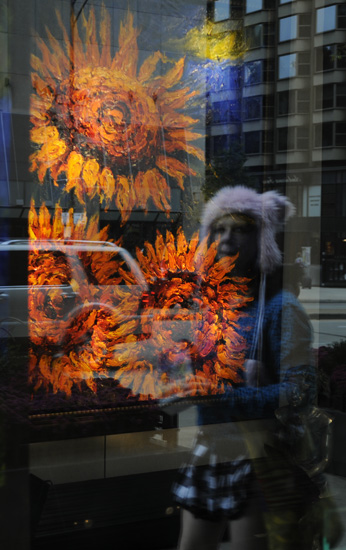 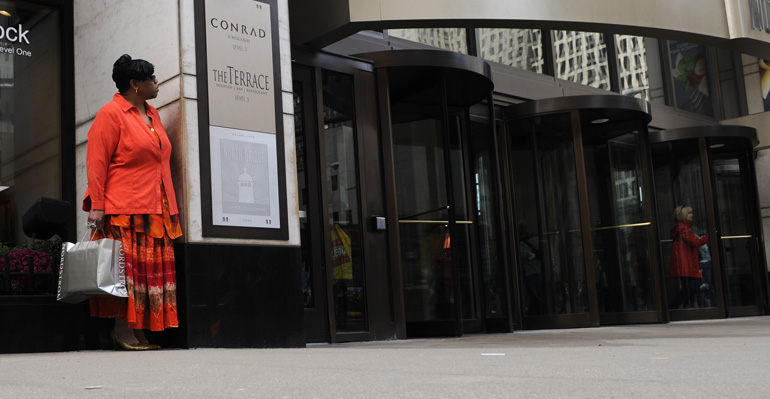 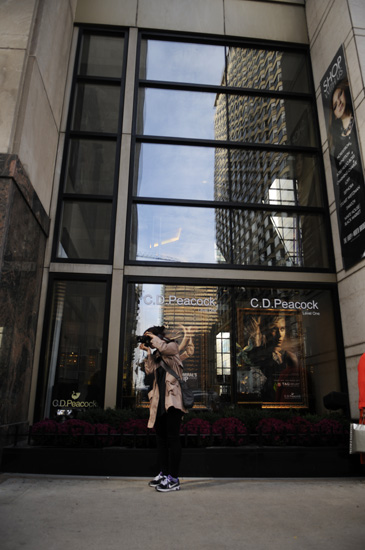 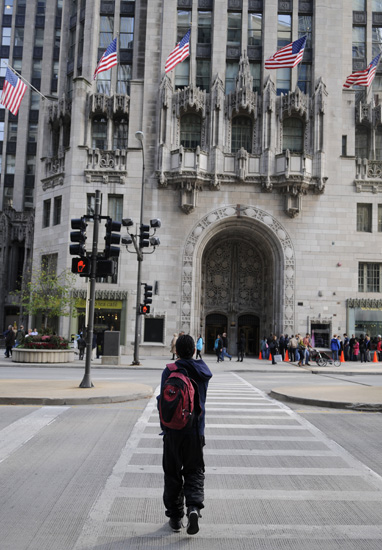 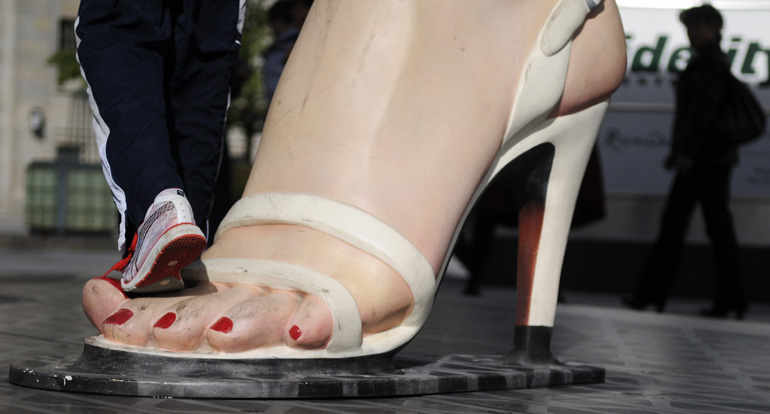 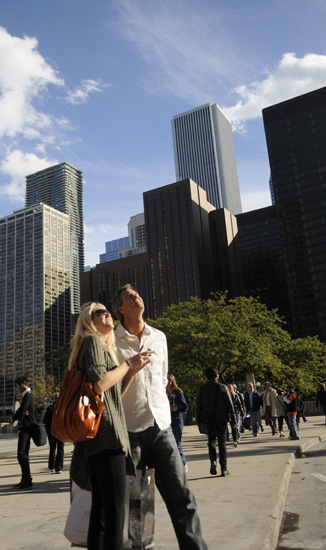 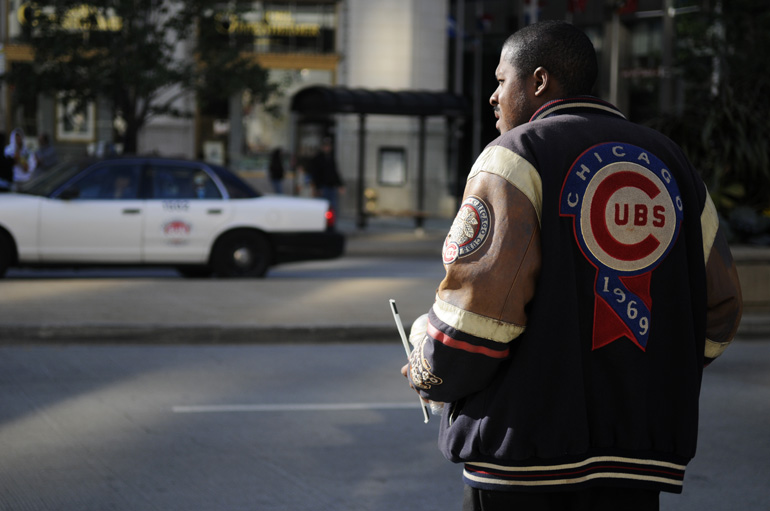 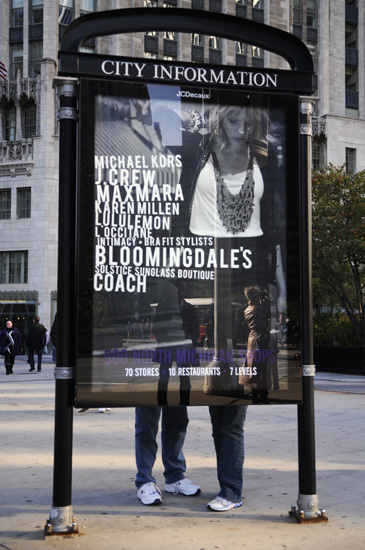 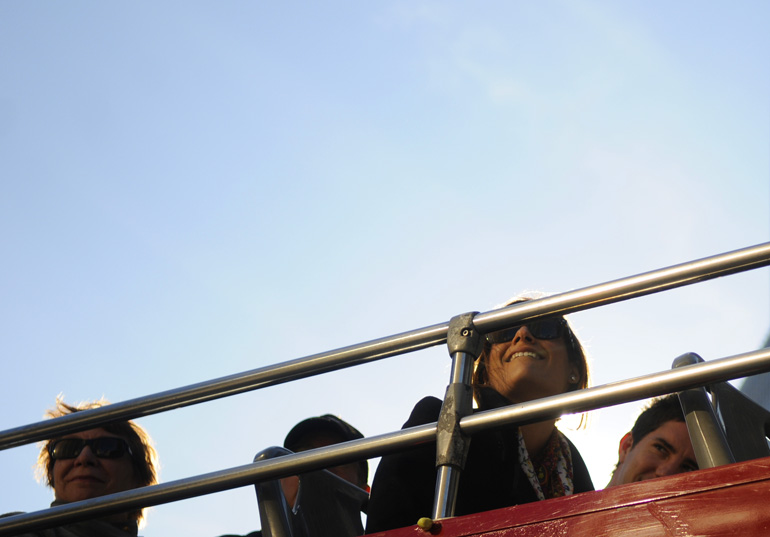 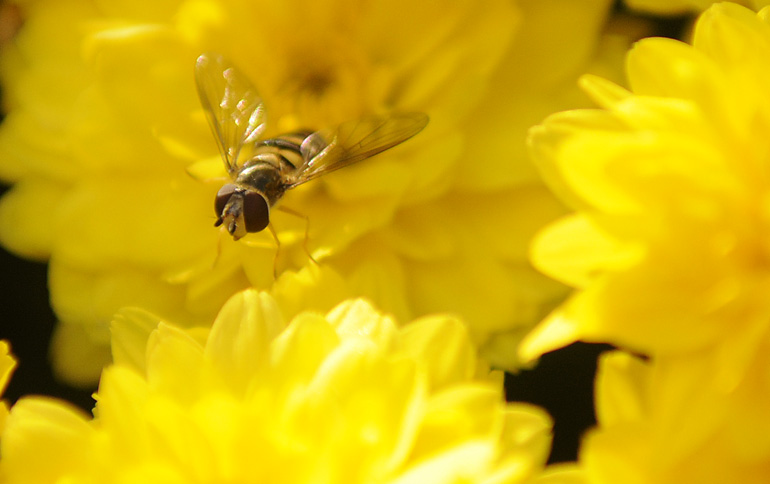 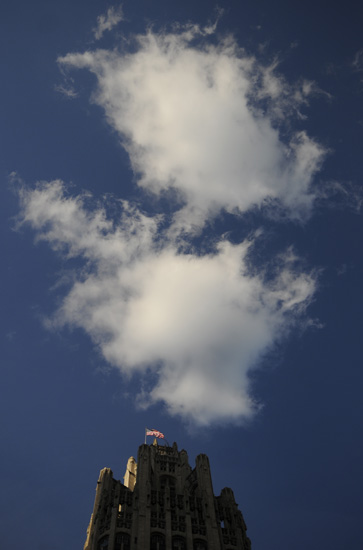 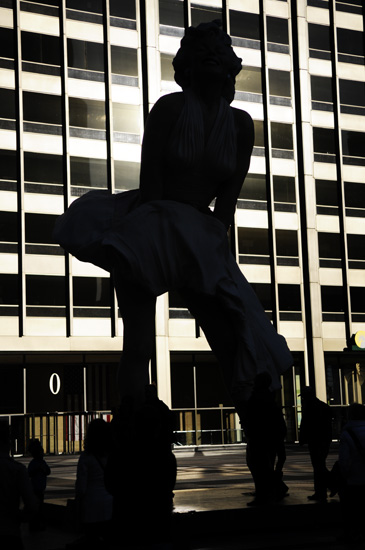 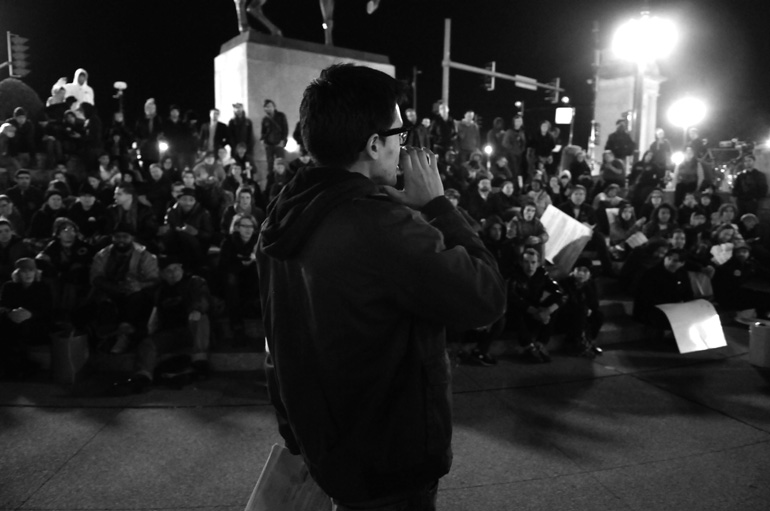 Interesting story about this. The meeting was very civil and followed a clean, forum-like order. Two people, however, interrupted that order: one who spoke out against abortion and gay marriage, and another from the Black Panther Party asking for support. Edgar told those two and all those assembled that they should follow the rules, not because those with favorable opinions get favorable treatment, but because everyone needs to follow the rules. How civil is that?

THINGS WE SAID TODAY Chicago | Personal
Tweet
HTML Comment Box is loading comments...
Comments
Next
Previous entry: Rick Perry at the Columbia Club
Next entry: It's not my award, but...