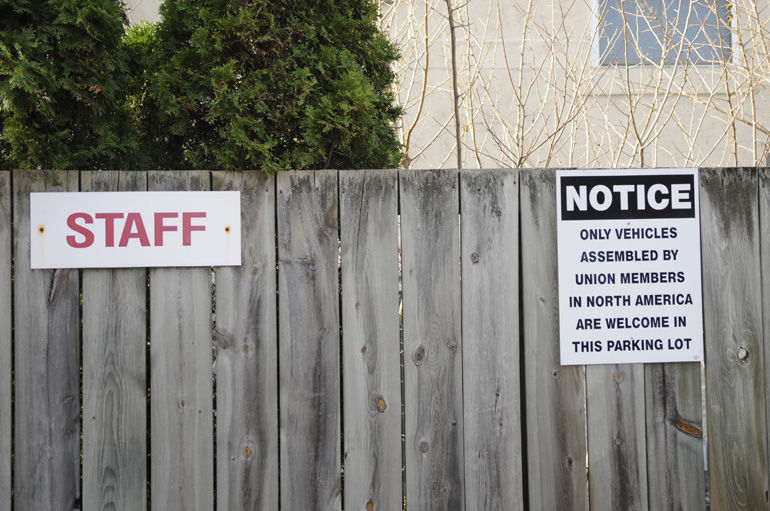 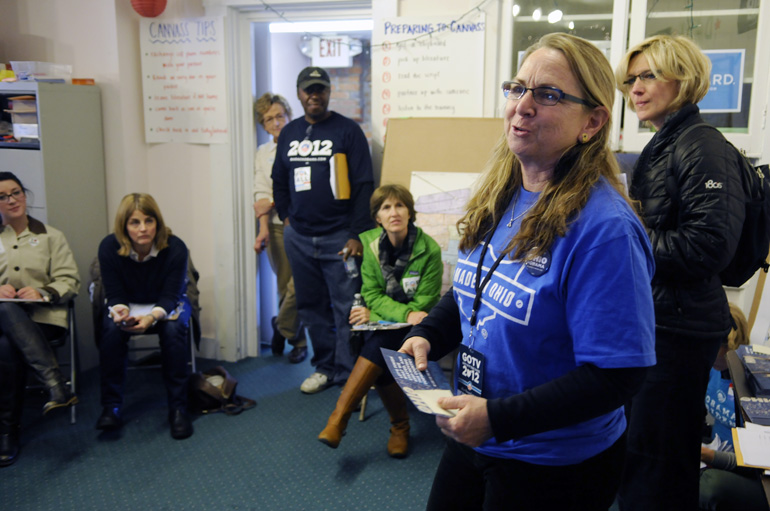 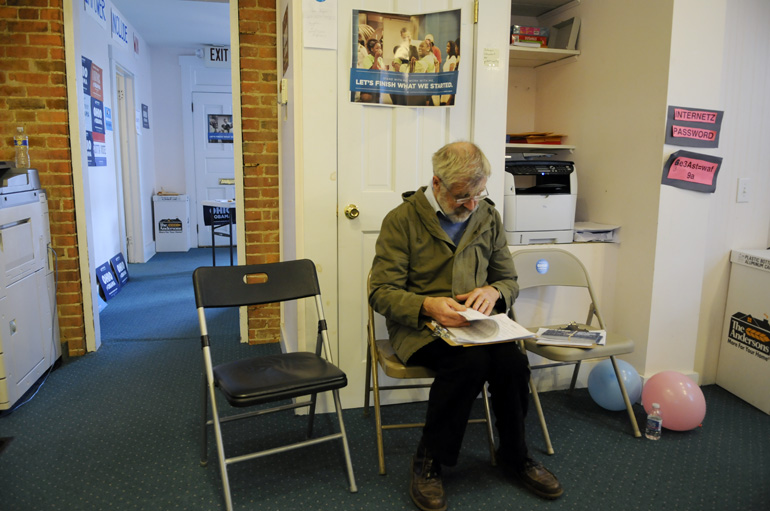 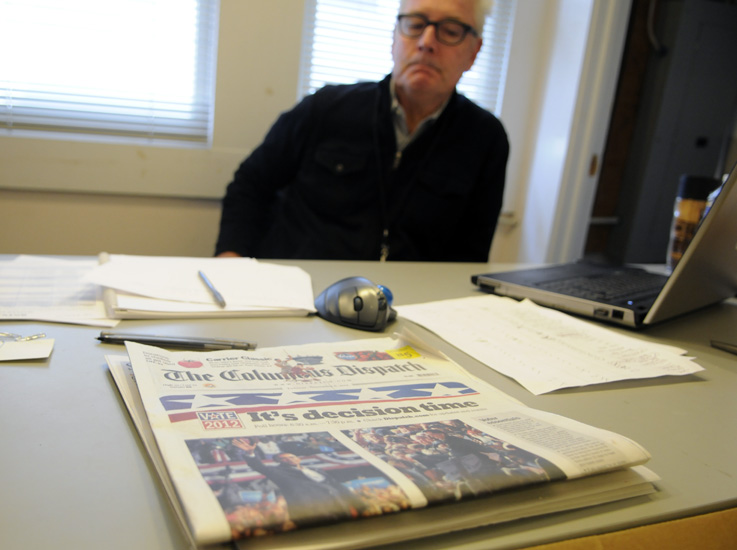 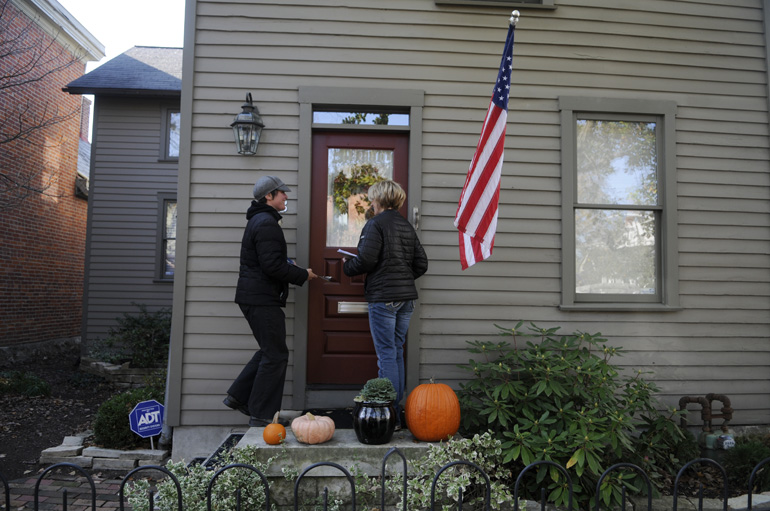 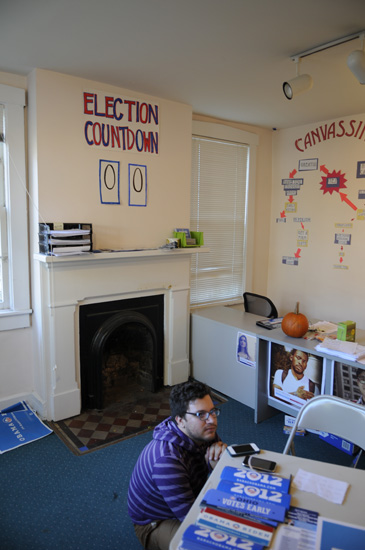 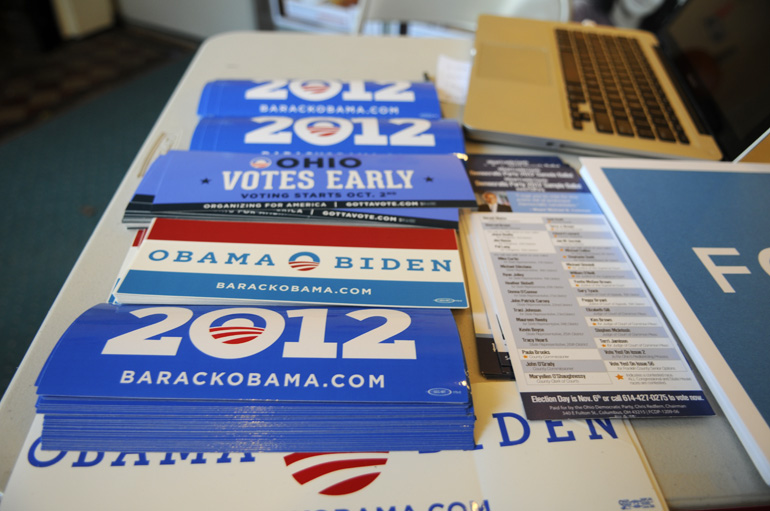 Bumper stickers sit on a table in a field office on Election Day. Alex Farris 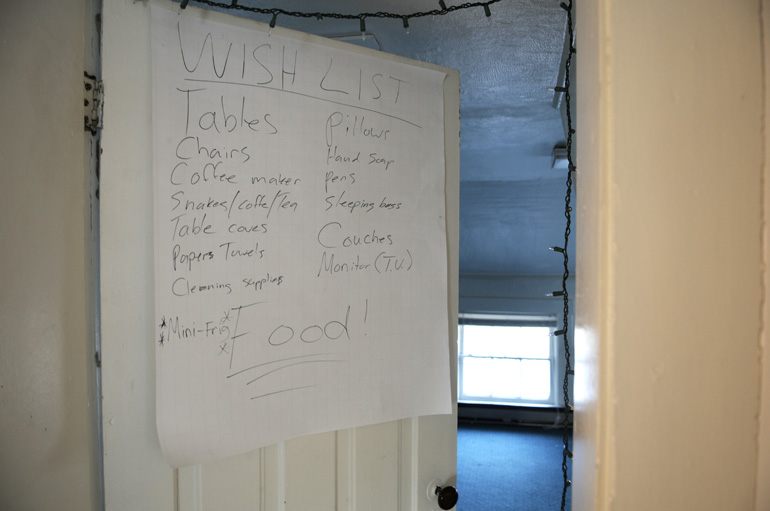 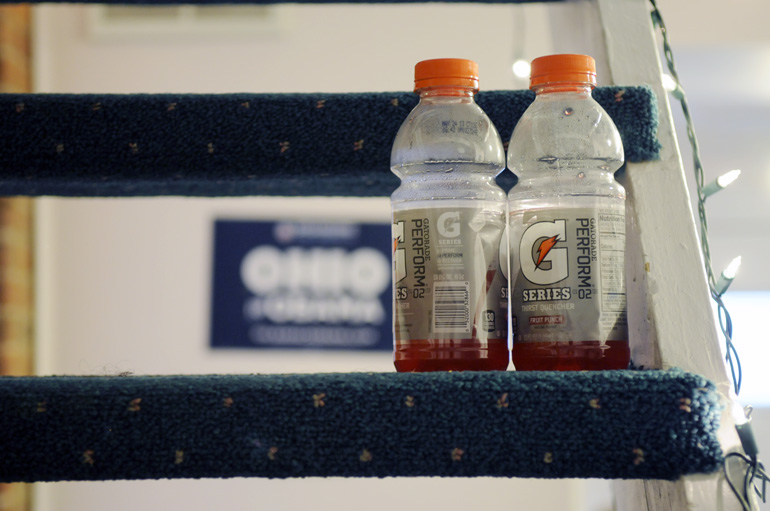 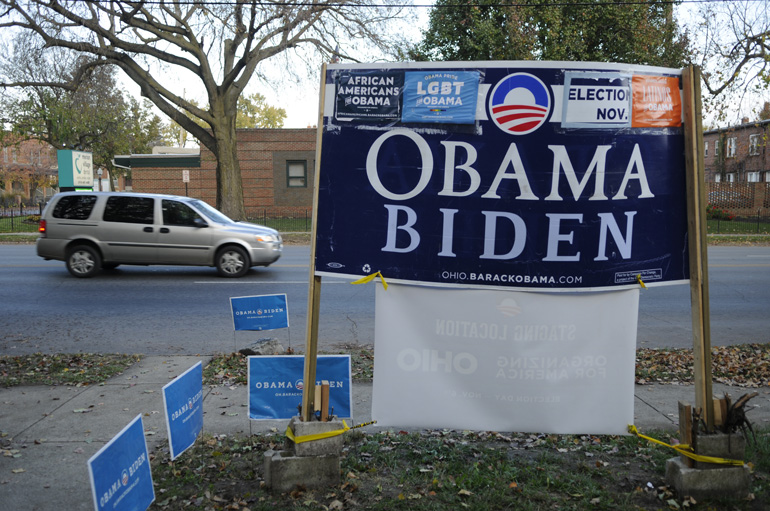 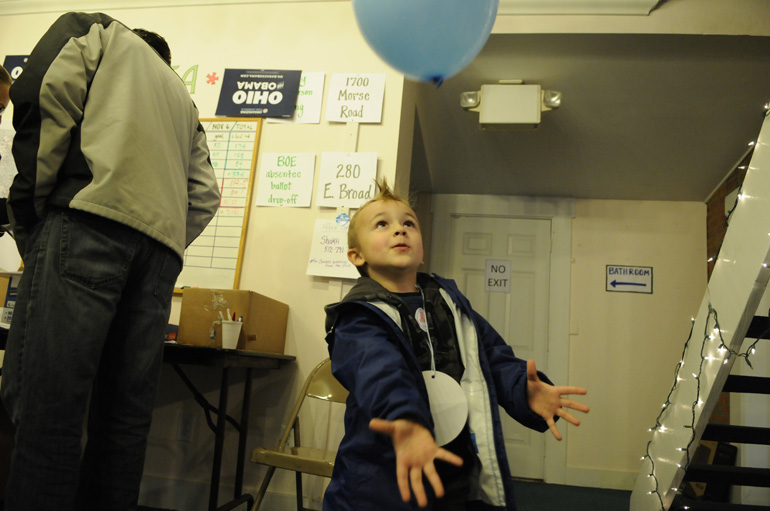 Collin Sauer plays with a balloon before going with his parents on a get-out-the-vote canvas. Alex Farris 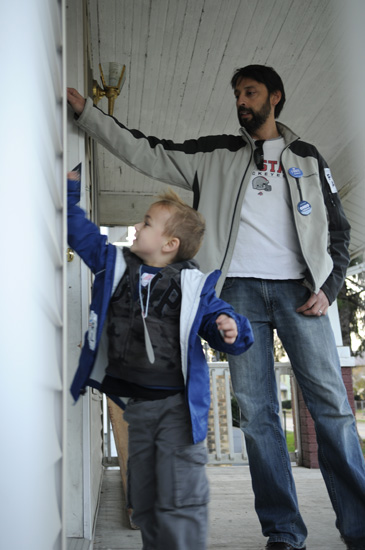 Collin Sauer and his father, Steven, knock on a door in a get-out-the-vote effort on Election Day. Alex Farris 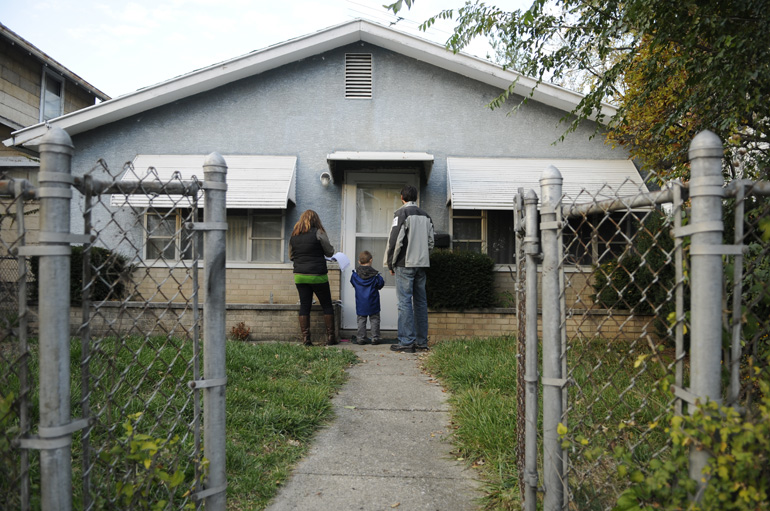 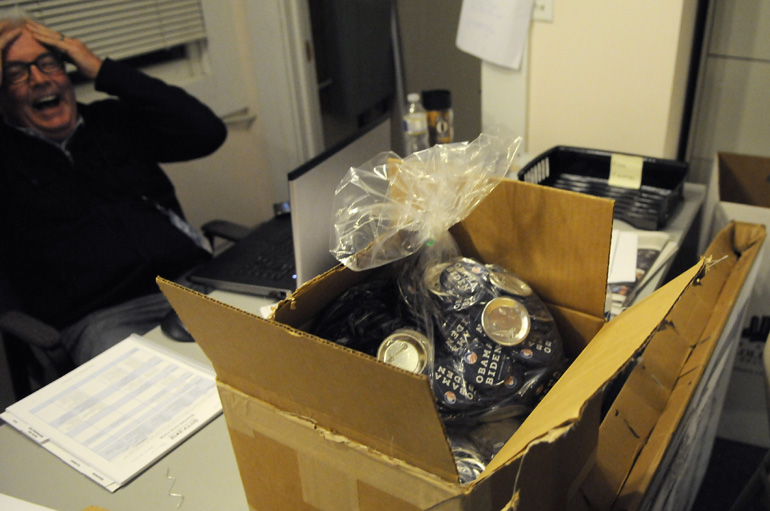 Jay Smith laughs after Brian Cole opened a fresh box of buttons near the close of polls. Alex Farris 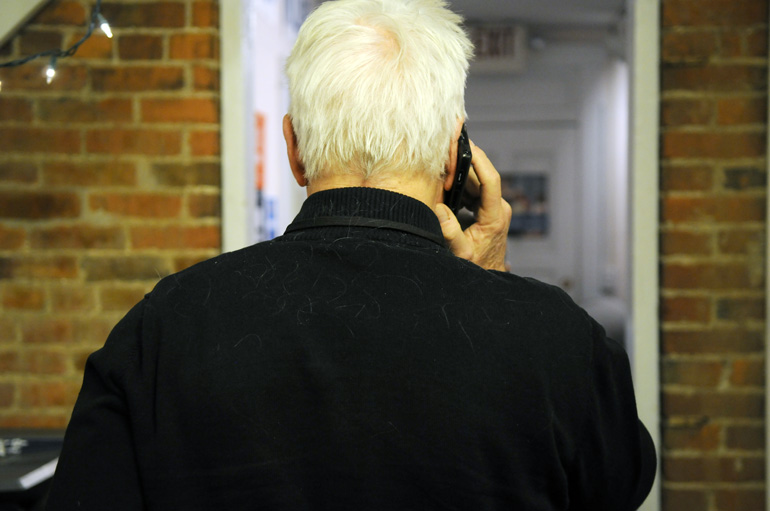 Jay Smith makes a late phone call in the campaign field office as his white hair shows fallen onto his shoulders. Alex Farris 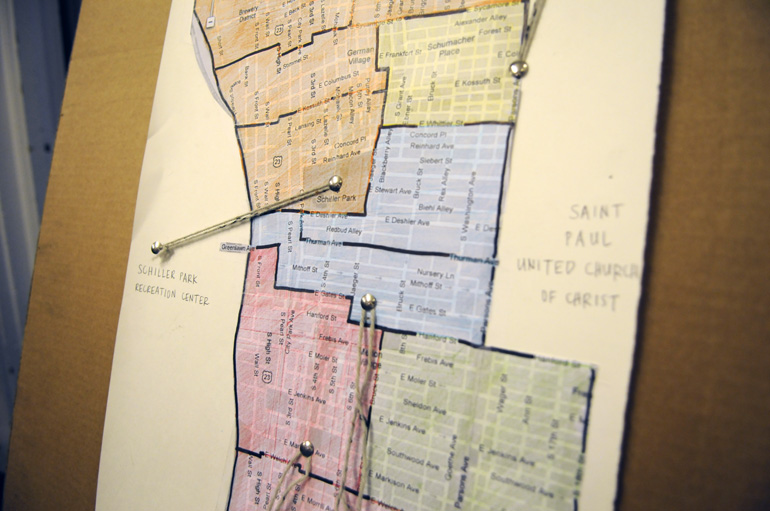 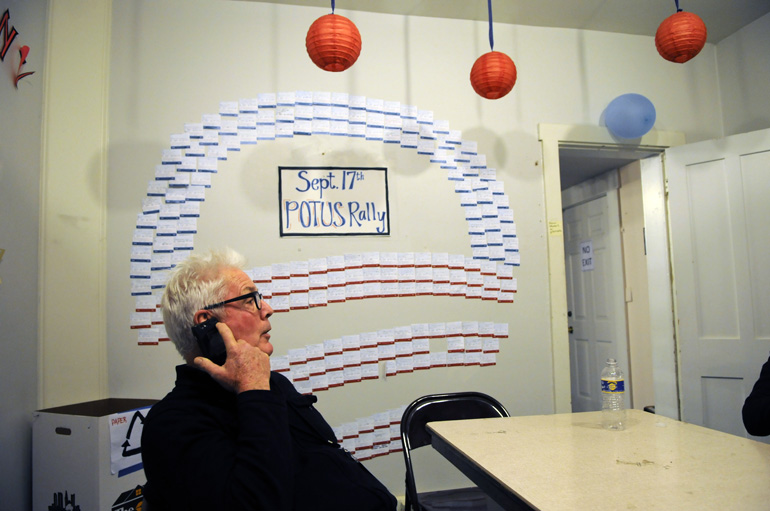 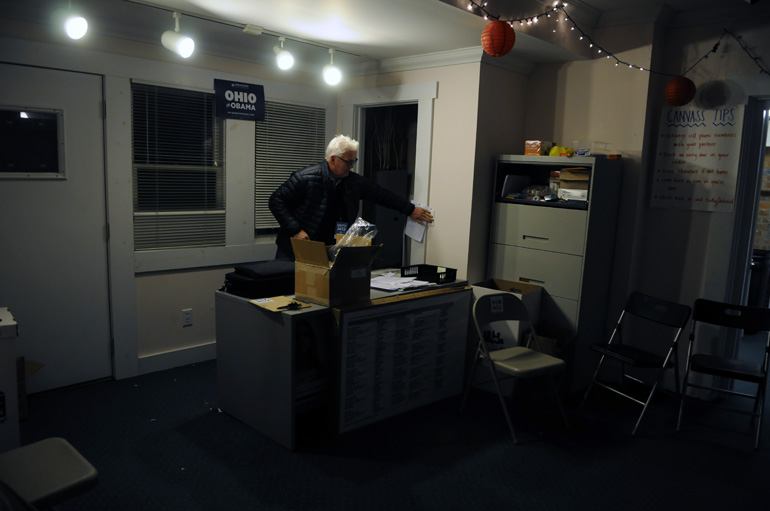 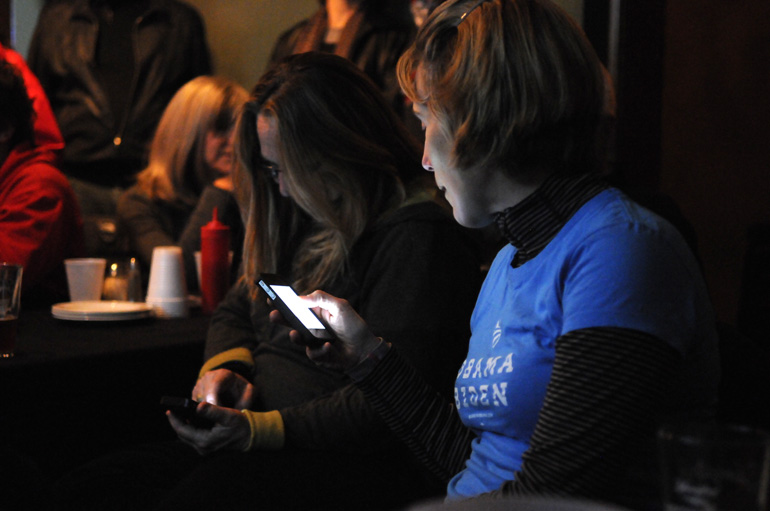 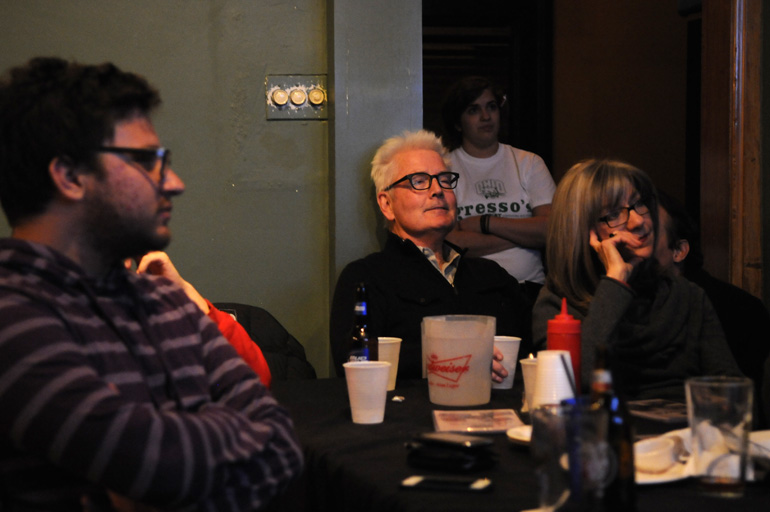 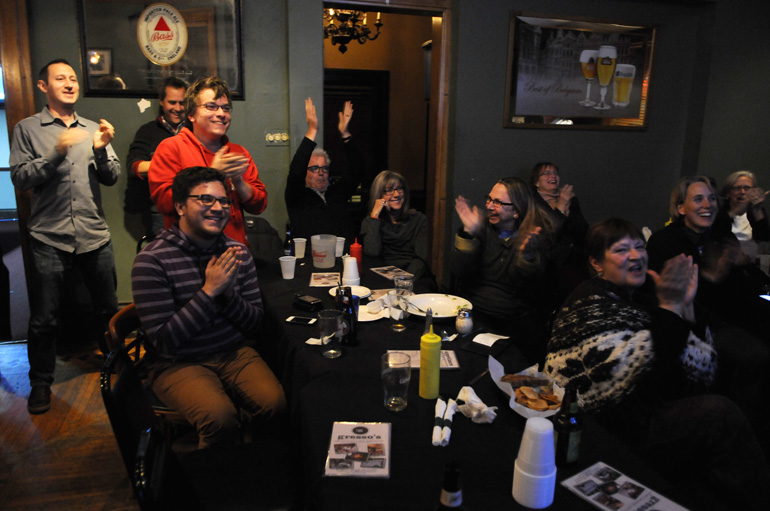 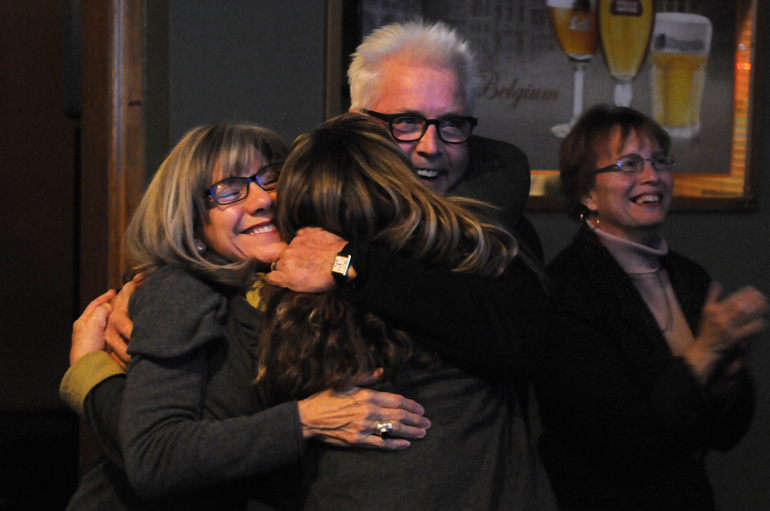 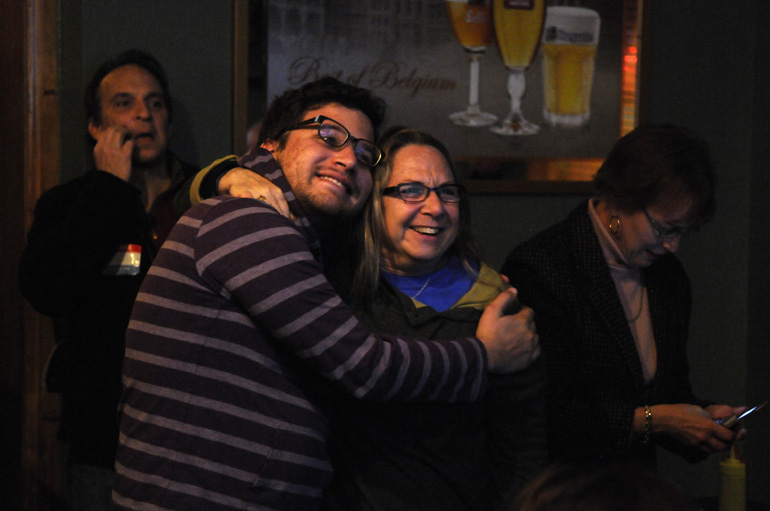 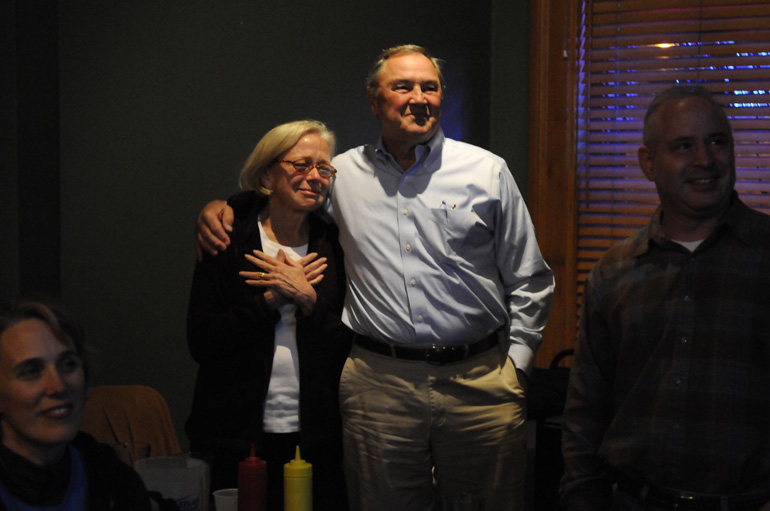 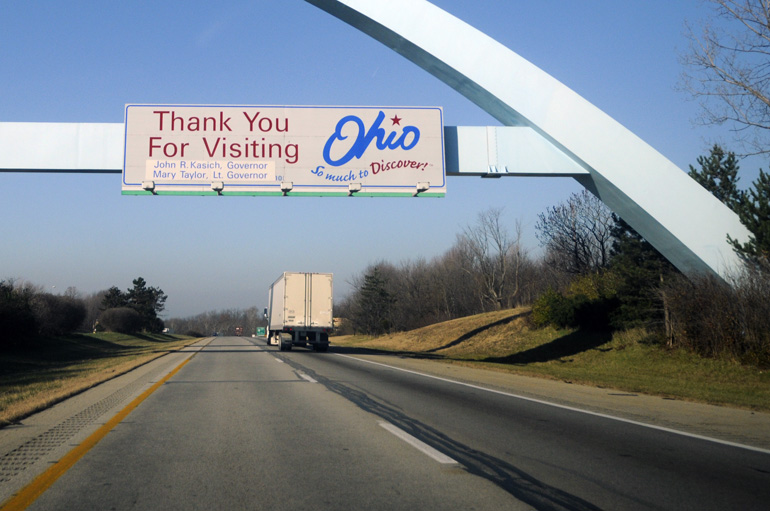