True An anti-capitalism protester passes out leaflets before the NATO protest march from Grant Park to McCormick Place, the meeting place for NATO leaders during the summit, on Sunday, May 20, 2012. The march of an estimated 5,000 people was led by Veterans for Peace and Afghans for Peace but encompassed anarchists, socialists, communists, Occupiers and environmentalists. Alex Farris
NATO brings out the protesters | Alex Farris Photo Blog
Home
Previous
Archive
TAGS
Chicago
News
Politics

On my way to Grant Park for Sunday's NATO protest, I ran into a New Yorker and two Swedish women. The three were on their way to the protest, and we stopped into Dunkin' Donuts to get some coffee. The two women, Andrea Pettersson and Anna Sanne Göransson, are members of Ofog, which roughly translates to "mischief" and which gives you a good idea of what they do. We walked to the park together, and while people tried to hand us socialist, anarchist, and other papers, we talked about why they were there.


The funny thing is, the Swedes aren't in NATO. Technically, Sweden is in the Partnership for Peace, "which means you're a partner in war," Andrea said. She said over 500 Swedish soldiers are in Afghanistan, and their prime minister, defense minister and minister of foreign affairs are attending the summit.

Andrea and Anna Sanne, of course, aren't big fans of this. "The biggest problem with NATO is its existence and the idea that it's built on," Anna said. With the existence of such a large military alliance, "you have a hammer, [and] you see every problem as a nail."

So, their goal was to disrupt this process as best they could, but they were also there to build their own "transatlantic cooperation," as Anna called it. The two stressed that all kinds of groups at the protest, whether fighting for amnesty, health care reform, peace or workers' rights, can join together for a common cause. "It's not like, 'Oh, I have to add this on top,'" Anna said. "It's more deep than that. If you see what it's really about, it is interconnected. It's more like, you can't pull it apart."

Or as Andrea said about working together, "It strengthens everyone. I don't think anyone loses on that one."

Thus, the Rev. Jesse Jackson, Veterans for Peace, Occupy, anarchists, and tons of other groups of people walked down Michigan Avenue with many voices but a (more or less) unified message, as Anna said: "NATO is a really bad idea, and a lot of people have to die with that."

Note: Apparently, I left too early yesterday, as I missed a legitimate clash between police and protesters. (Everything I saw was under control.) For the full story, you should check out photos from the Chicago Tribune, Ryan Dorgan, James Brosher, and a lot of other places. The Trib, of course, has very, very broad and deep coverage. Seriously, check them out. 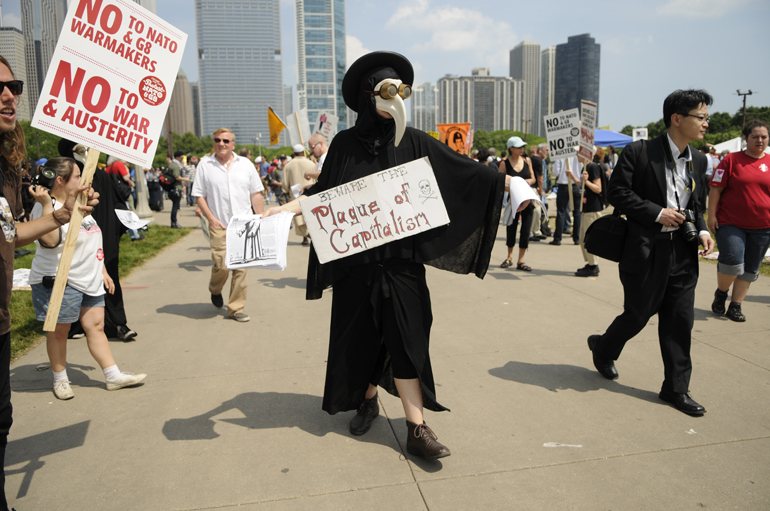 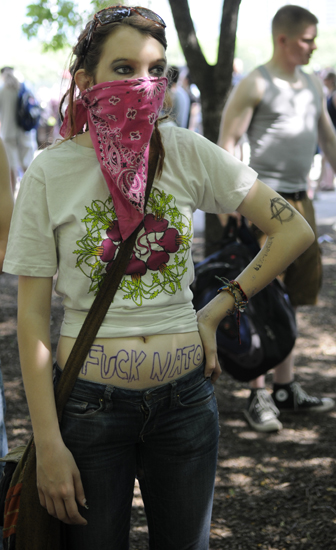 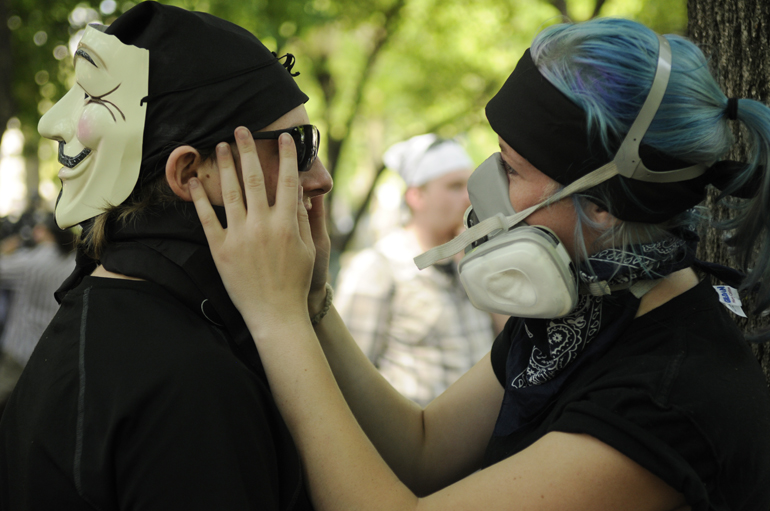 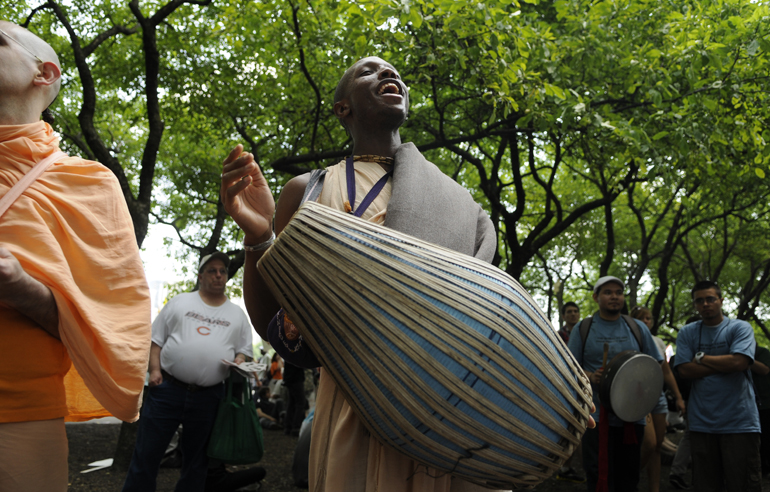 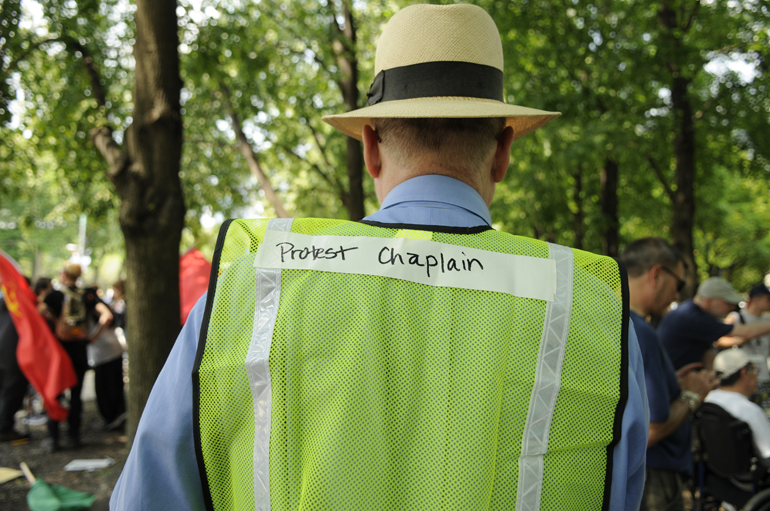 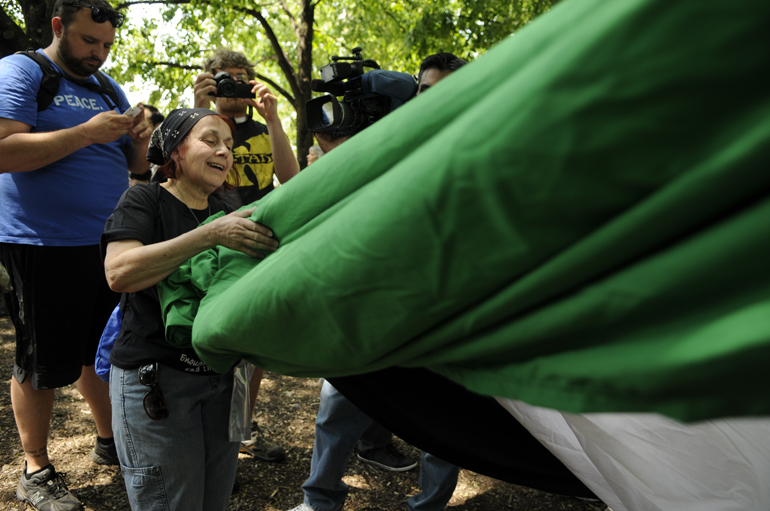 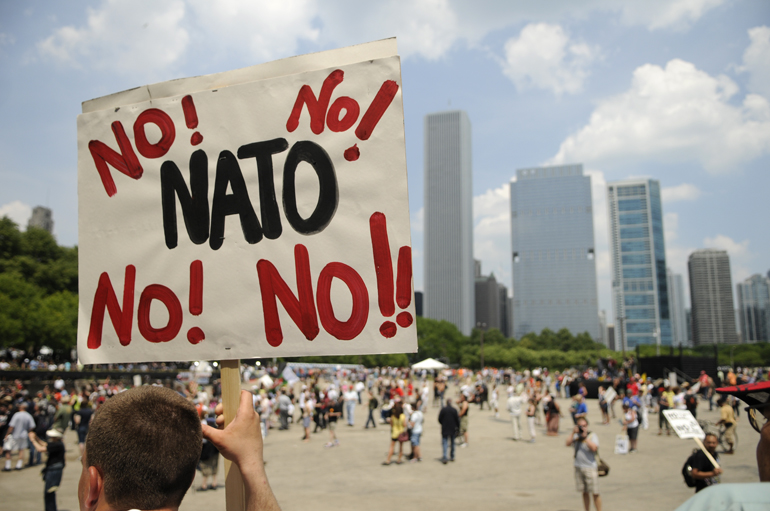 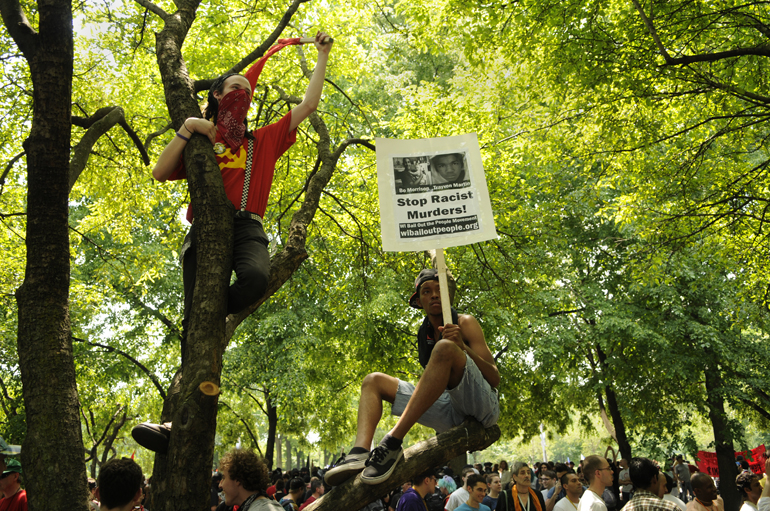 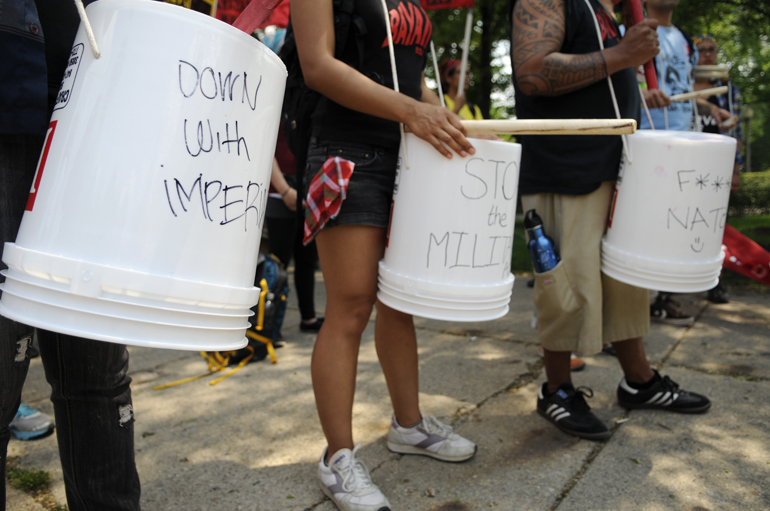 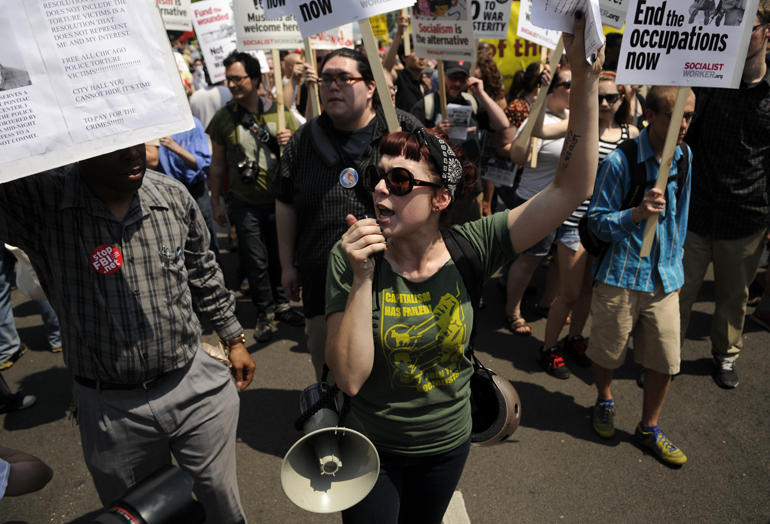 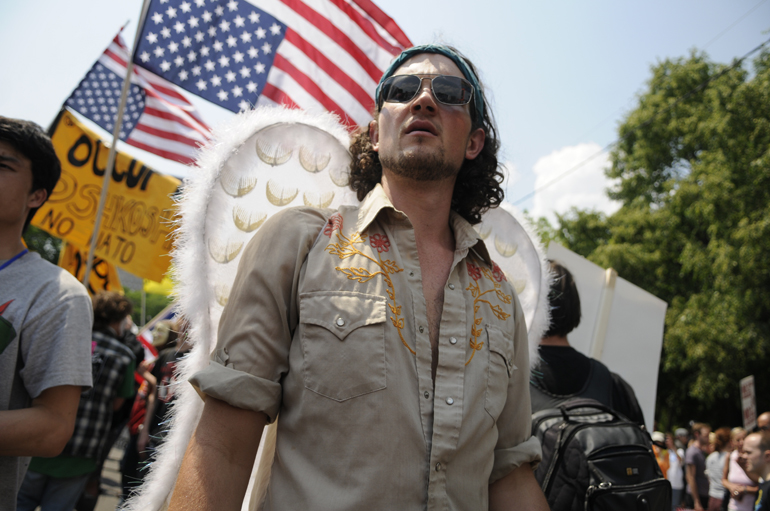 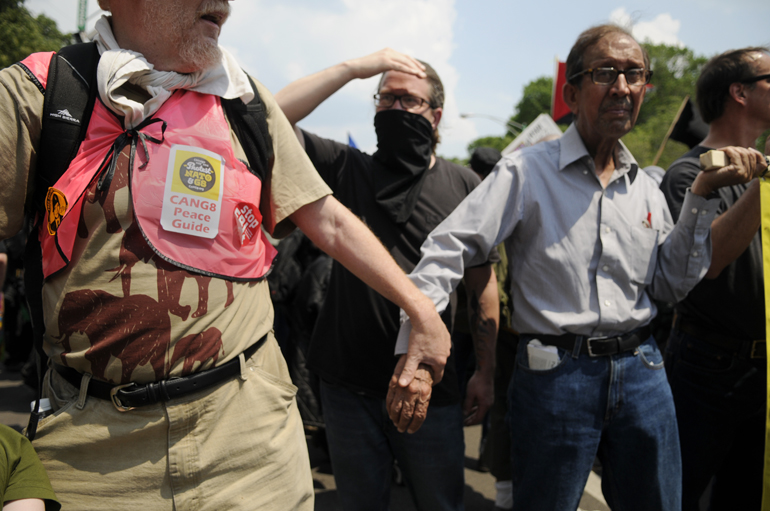 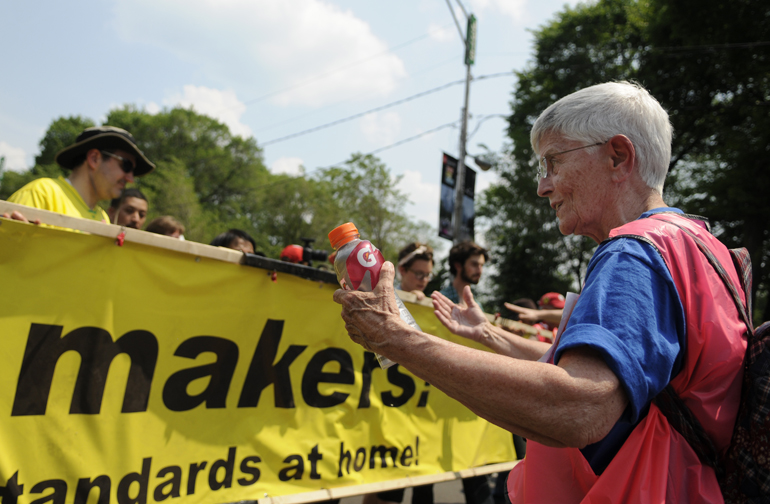 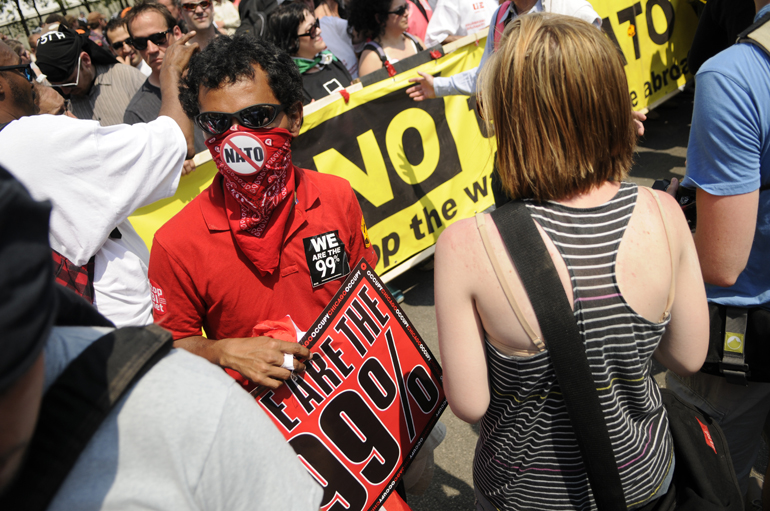 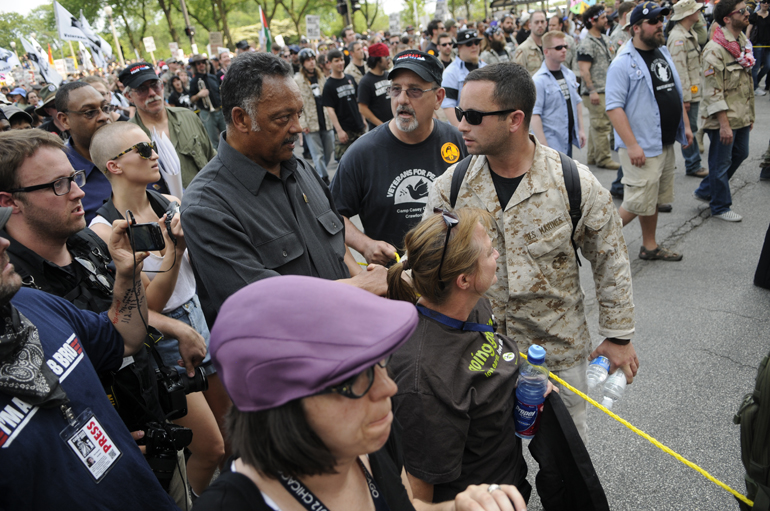 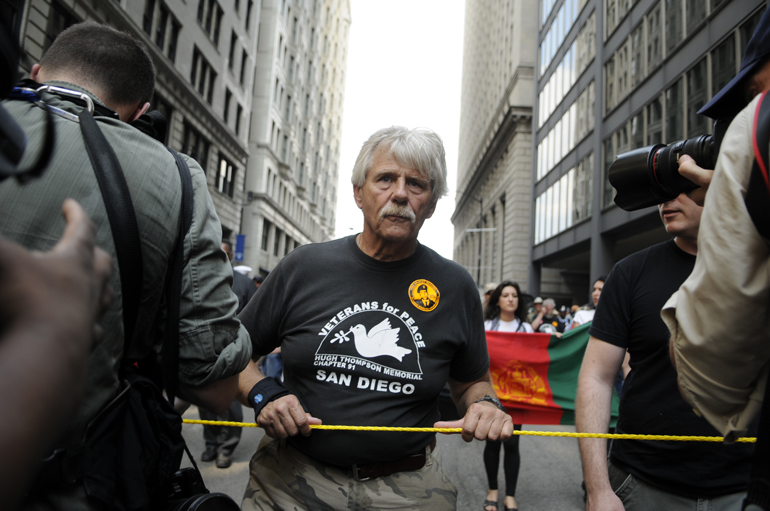 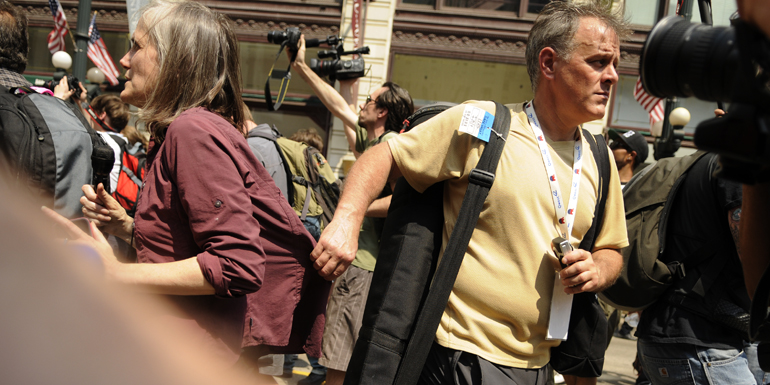 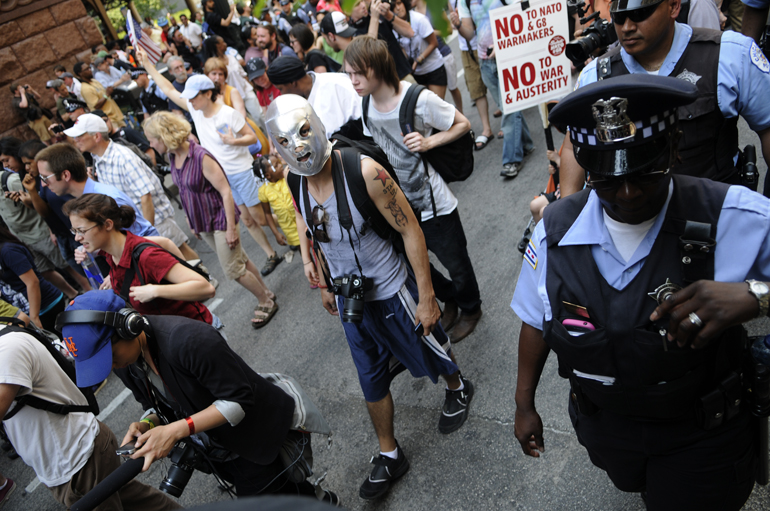 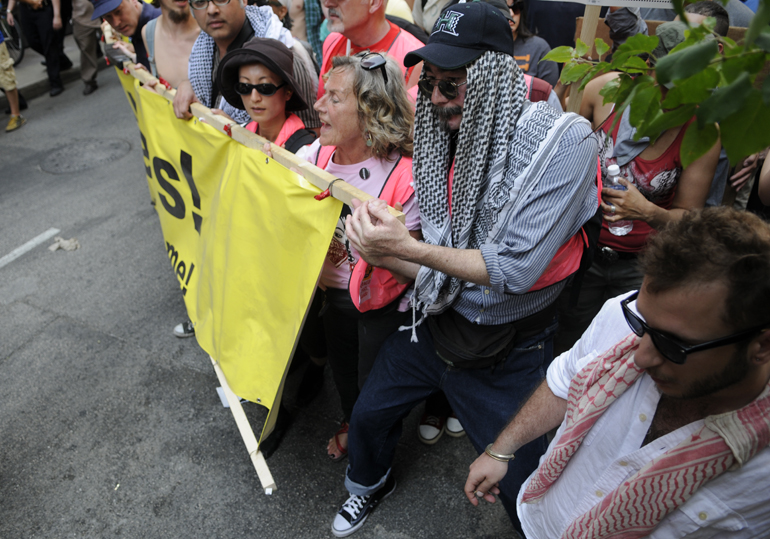 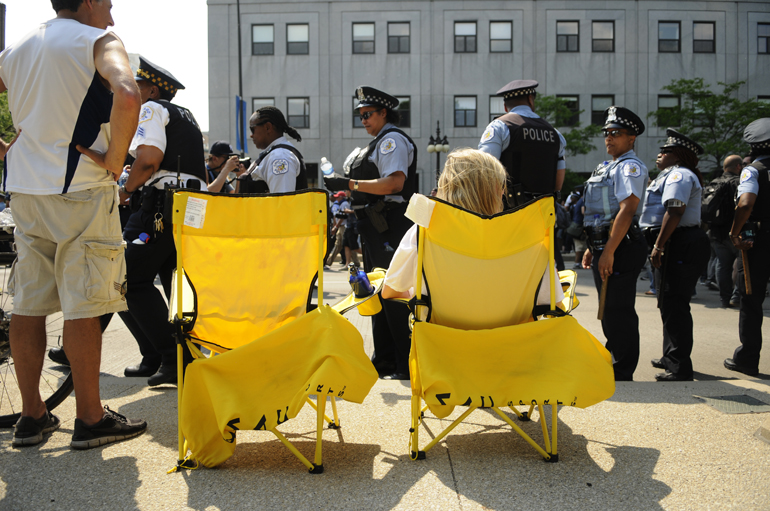 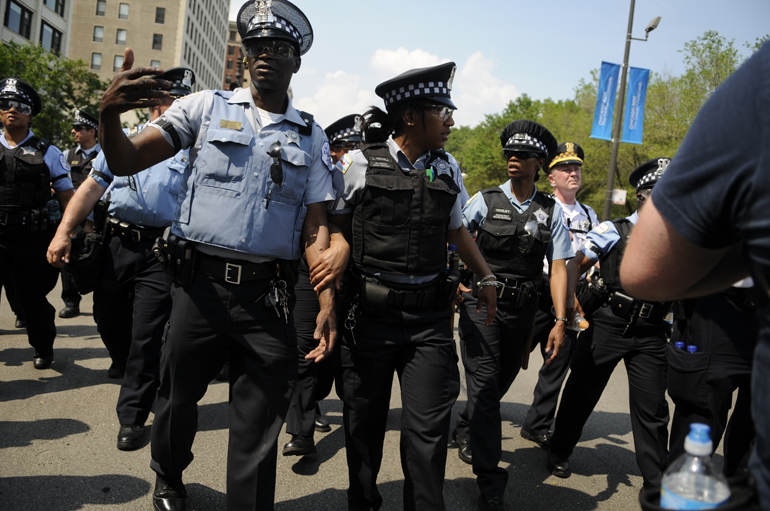 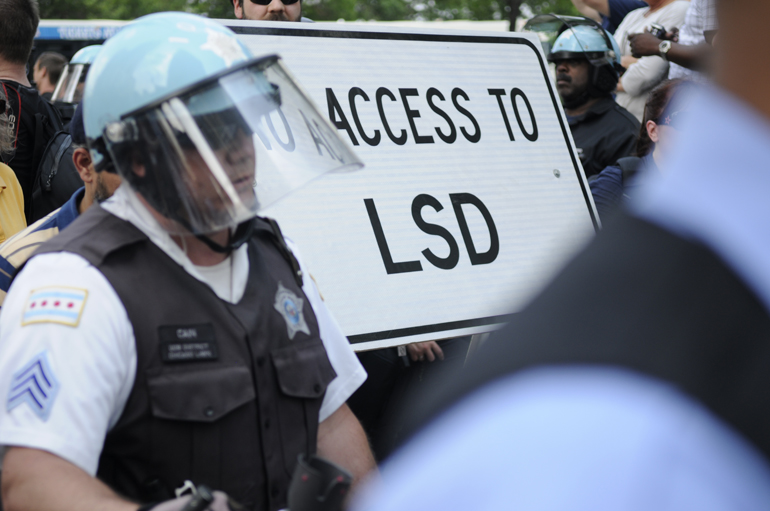 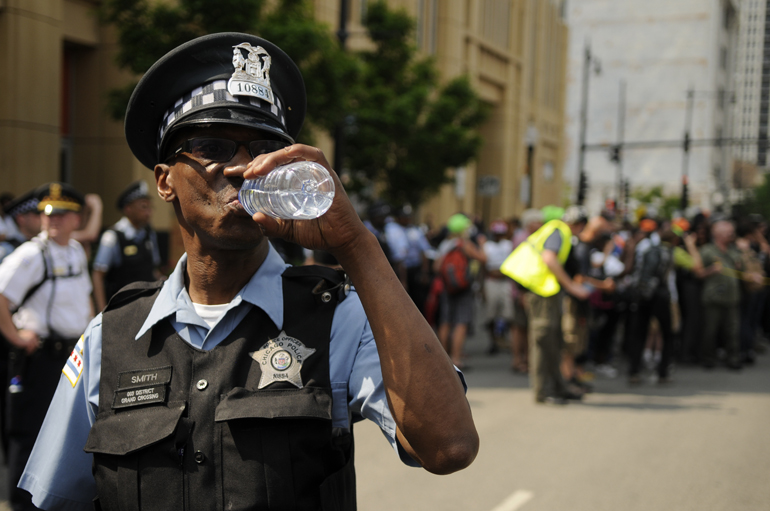 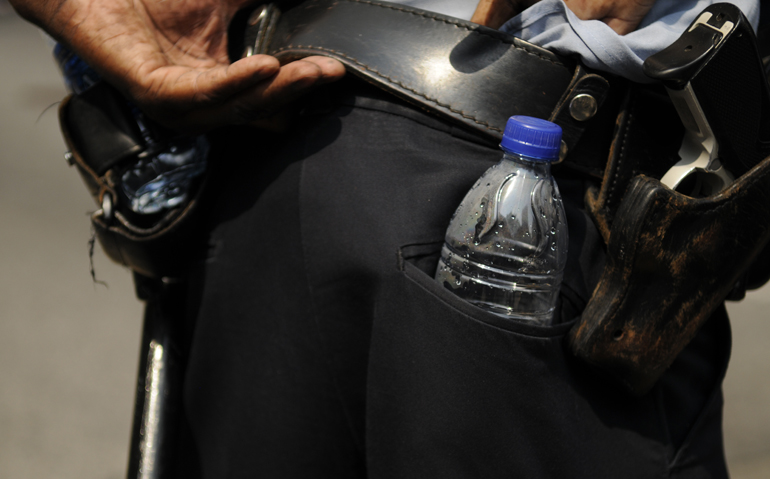 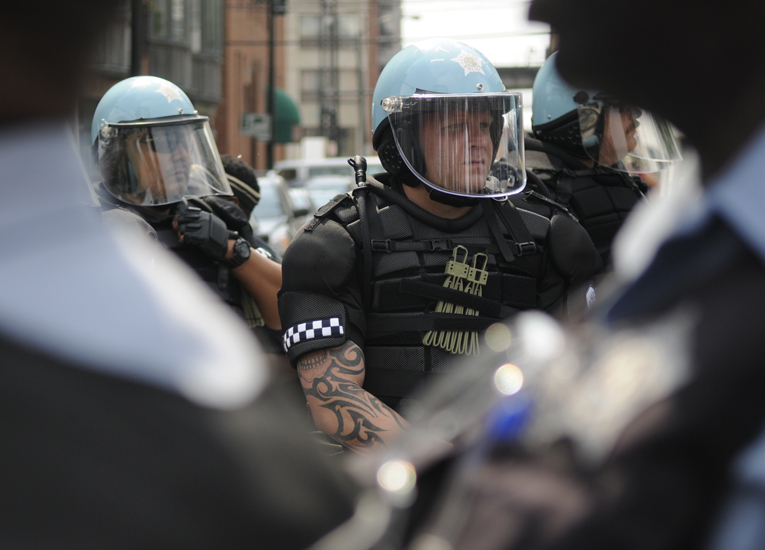 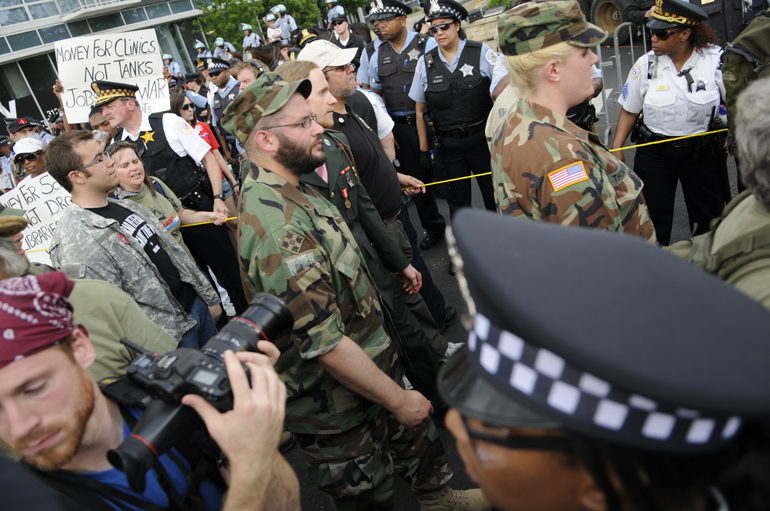 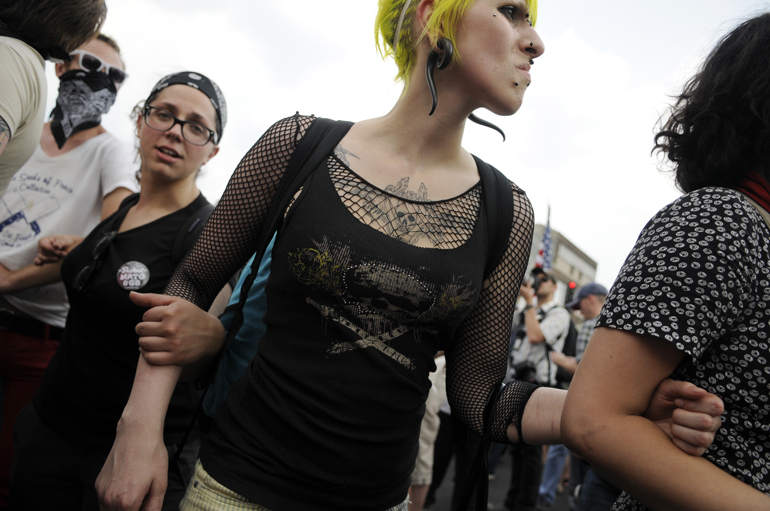 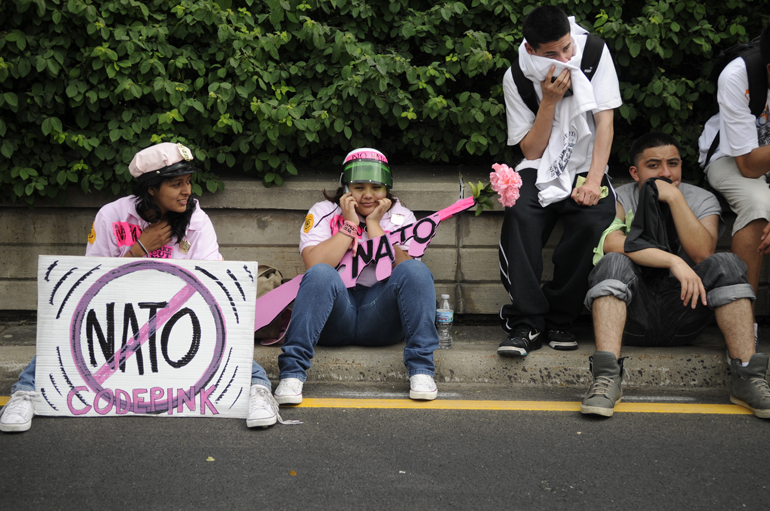 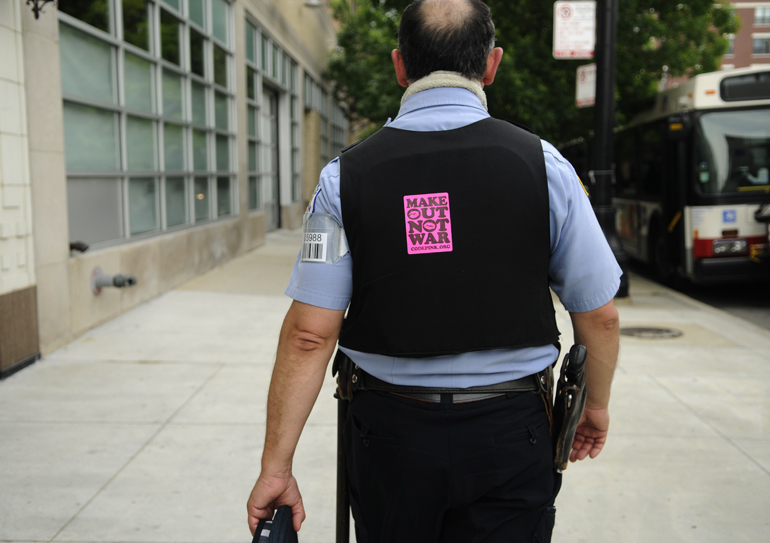