True Venus makes a transit across the sun as seen from the east side of Hendricks County, Indiana, on June 5, 2012. The last transit occurred in 2004. Transits occur in eight-year pairs separated by more than 100 years, so the next transit won't occur until 2117. Alex Farris
Second rock from the sun | Alex Farris Photo Blog
Home
Previous
Archive
TAGS
Science
News

I was a little bit heartbroken when I figured out that I couldn't see the annular solar eclipse on the weekend of May 20. I didn't have enough money to make it out to California or Reno, Nevada, where the eclipse was most aligned and awesome; and the NATO summit that same weekend was pretty exciting in itself. I suppose I'll have to wait until 2017, when the apex of a total solar eclipse will pass right over Kentucky. That is going to be awesome.


In the meantime, I've lucked out, in that there was another notable celestial event. It's the transit of Venus across the sun, basically that planet's version of an eclipse. Back in the days before satellites, the transit of Venus was the best way to measure the distance between planets, especially between us and the sun. (It still had its hiccups, though.) We can now watch a transit more perfectly from space, of course, but it still gives Earthbound onlookers a great idea of where exactly we are in our solar system and what else is out there with us.

I prepped for this about the same way I would've prepped for the eclipse. I looked on the appropriate NASA website and found exactly where in the sky it's going to happen, and, more importantly, I found a bit of high-quality welder's glass. Shade 14 is great for things like this, because although it gives an unrealistic green tint to everything, it allows you to see transiting planets and sunspots without killing your eyes with UV rays. I wanted to buy the glass at a welding shop downtown for really, really, really cheap, but a lot of other people had the same idea, so Sutton Garten was fresh out both times I tried. I ended up borrowing a piece (that I do intend on returning) from a guy at Indianapolis Welding Company on McCarty Street.

Before the big event, I figured I should get some practice. So, I looked for stuff that's always there: sunspots. I found a few in a test photo I put on Instagram, but I fretted a bit about the diffraction in my Polaris telescope. The slight duplication of the image would just not do. Plus, the eyepiece was such that the only photo I could take was on my iPhone.

Fortunately, my (filtered) 80-200 lens by itself works better, and the combo of the DSLR and the zoom allowed me to make enough of a high-resolution image to do crops to make the sun fill the frame. Of course, NASA beats me, but I think I did pretty well with my limited resources.

Now, if someone could send me to Cairns, Australia, on November 13, I could catch a total solar eclipse...

Venus makes a transit across the sun as seen from the east side of Hendricks County, Indiana, on June 5, 2012. The last transit occurred in 2004. Transits occur in eight-year pairs separated by more than 100 years, so the next transit won't occur until 2117. Alex Farris 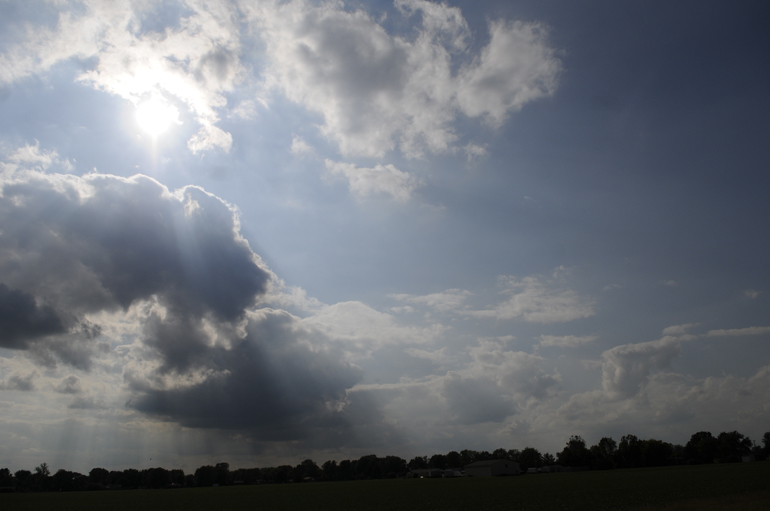 A while back, an extension of Ronald Reagan Parkway in Hendricks County cut through the Hession farm, creating an easily accessible area of unobstructed sky. I like to call it Big Sky because Montana shouldn't get a monopoly on that name. Alex Farris 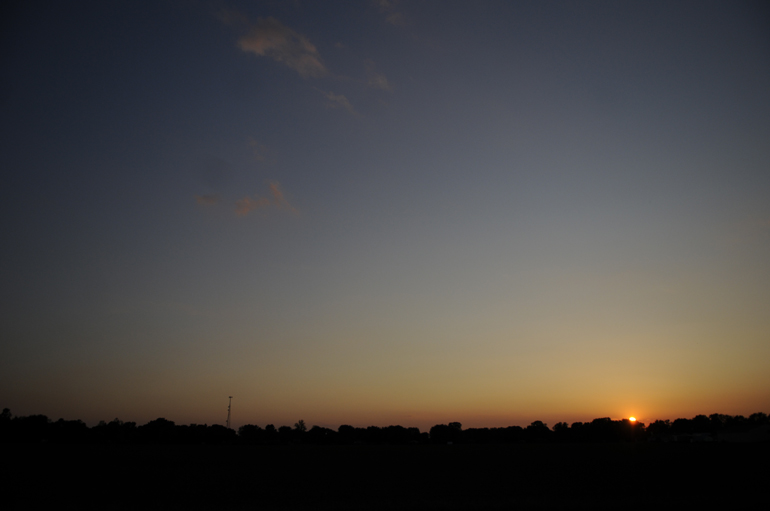 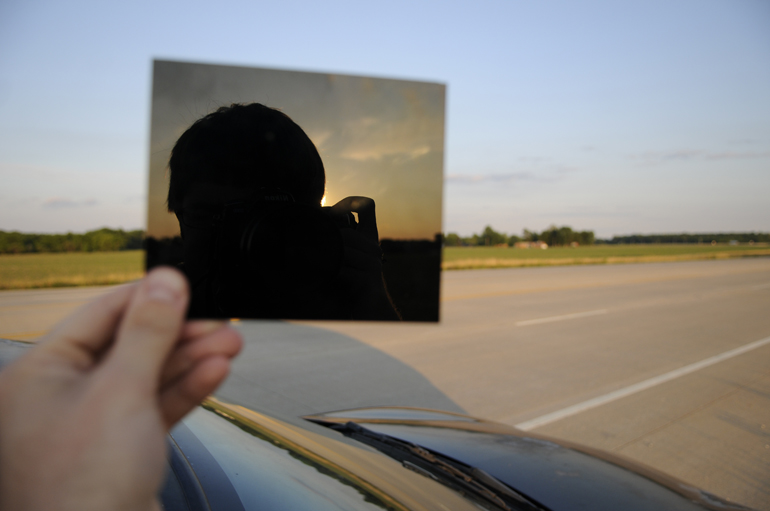 My trusty filter, which will get returned to the welder tomorrow. (To the welder: Thanks!) Alex Farris