I had no idea.


I got called April 12 to take photos of a run-down house on the Northside for an IndyStar story. Writer Will Higgins had talked to Dan Kirklin, a neighbor across a pond from the house, and he'd organized a visit where I would talk to Dan, take a photo of him looking over to the house, and work my way into the house for some more photos. All I knew about the house was that it belonged to a Jerry Hostetler, a guy who was a bit rich and had put a lot of gaudy additions onto his home before his death in 2006, and that it was going to auction soon because it had been abandoned since then.

When the story got published online last night, I was treated to the real Jerry Hostetler. From Will:

For most of his adult life, Hostetler was a minor celebrity around Indianapolis. Celebrity is not the right word. But he made the papers, first back in 1964 when, as "Mr. Big," he pleaded guilty to two charges of pandering, running prostitutes. // A report filed by a probation officer back in the day said: "When asked how he became involved in the business, (Hostetler) said it was difficult to pass up that easy money."

You can find the full story and all the photos of the house and Hostetler here. Enjoy, and if you're game enough, you should go to the auction June 4. You might be able to reverse what Kirklin told me: "The whole was far, far less than the sum of its parts." 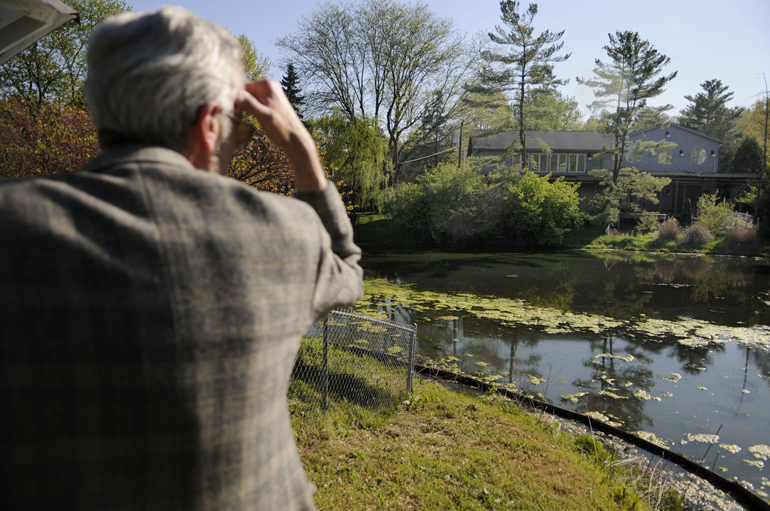 Resident Dan Kirklin looks from his backyard to Jerry Hostetler's house, abandoned since his death six years ago, in the Windcombe neighborhood on the Northside of Indianapolis, Thursday, Apr. 12, 2012. Kirklin said of the house's disparate features, "The whole was far, far less than the sum of its parts." (Alex Farris / For The Star) Alex Farris 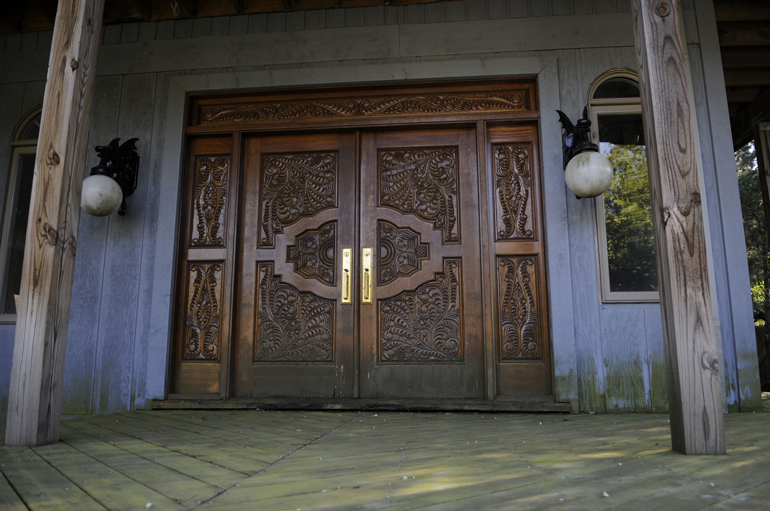 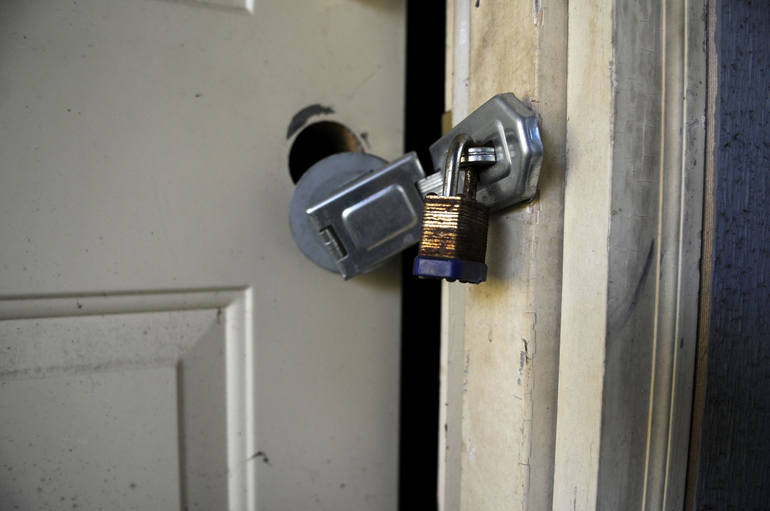 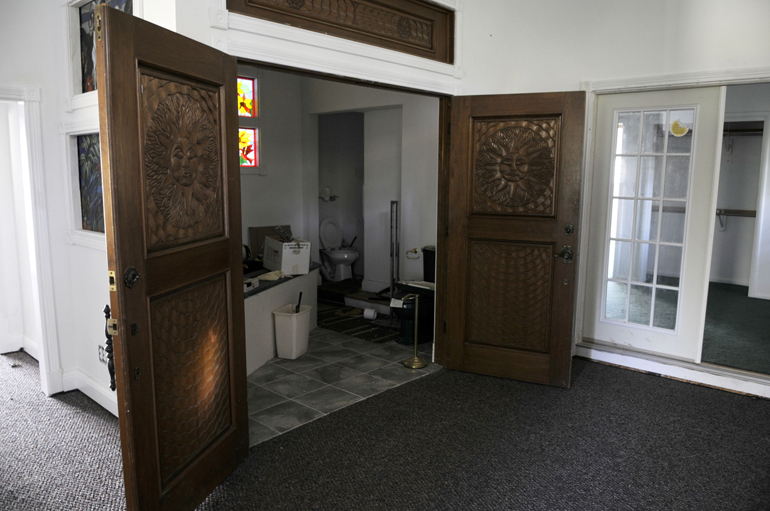 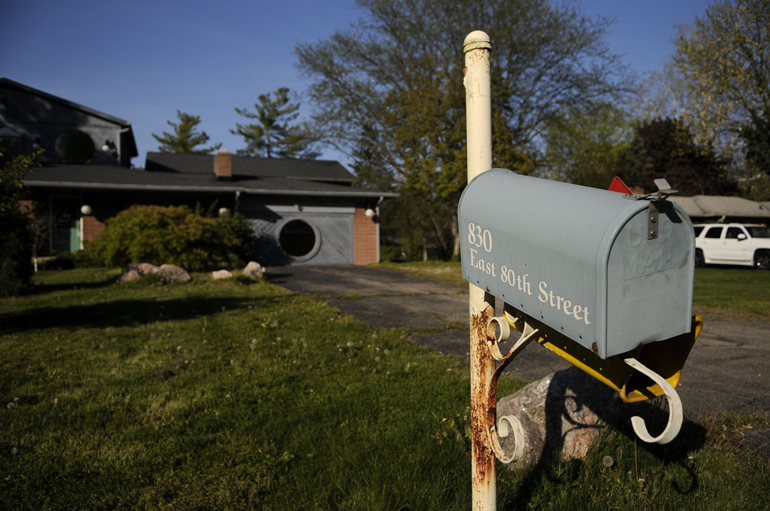