True That dotted line to the right is the 25-second path of an airplane. Alex Farris
Let me play among the stars | Alex Farris Photo Blog
Home
Previous
Archive
TAGS
Science
Personal

Let me play among the stars

This fills me with awe and fear all at the same time: 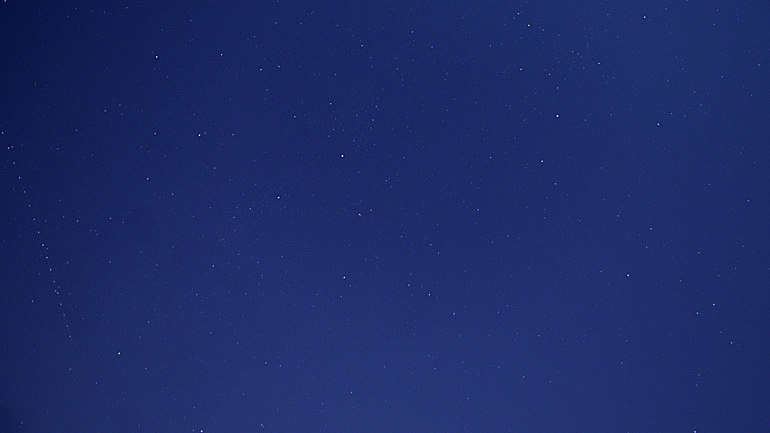 That dotted line to the left is the 25-second path of an airplane.

I was outside during the first night of snow Thursday, recording the flakes on my car and the house (more below). I took the photos I was out in the blistery cold for, excited to get back inside and under some blankets to get enough sleep for the next day, and then I looked up. I saw a few stars, but because of light pollution that affects Indianapolis and its surrounding suburbs, I didn't find very many. Still, I took a 25-second exposure of the sky, and thankfully my camera captured more stars than my eyes could.

In reference to the link above: Sometimes the sheer immensity of the night sky scares me. I know it won't ever happen, but a part of me always thinks that the sky can't hold up so many stars, and if I look at the sky long enough it's going to fall on top of me. I felt that irrational and wonderful fear stronger that I've ever felt it when I camped for a week in the Boundary Waters six years ago. I wish I had taken a picture of the Milky Way stretching across more than 10,000 stars when I was there, and I wish I had recorded exactly how I felt when I first began to ponder infinity so I could repeat it for you. (Maybe this will suffice.) It's a testament to my love for science and outer space that I want to both go up there and go inside if I've been looking at the sky for too long. 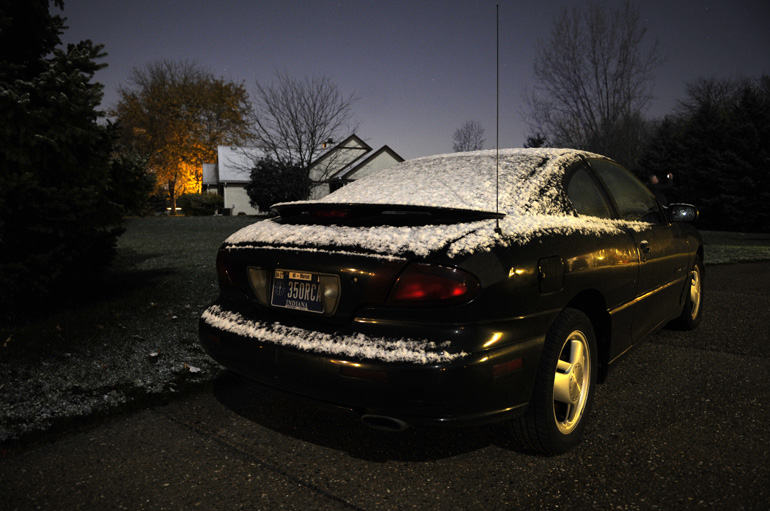 Exposure: three seconds. I love snow, but in my opinion, it's coming too early. 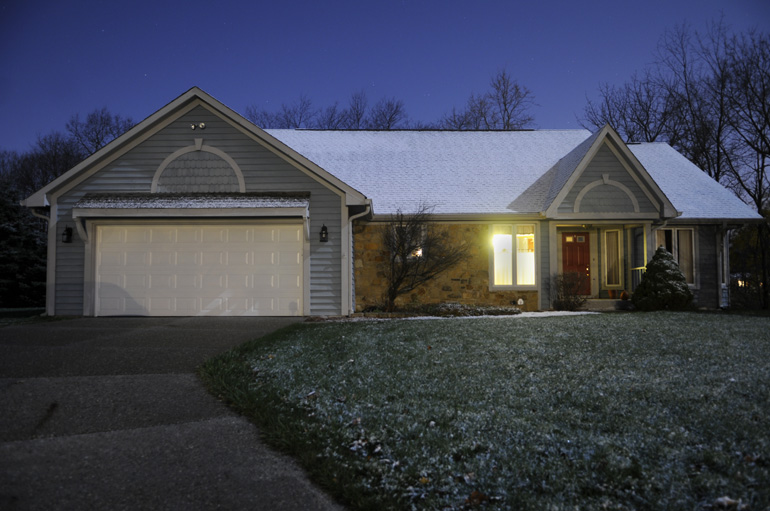 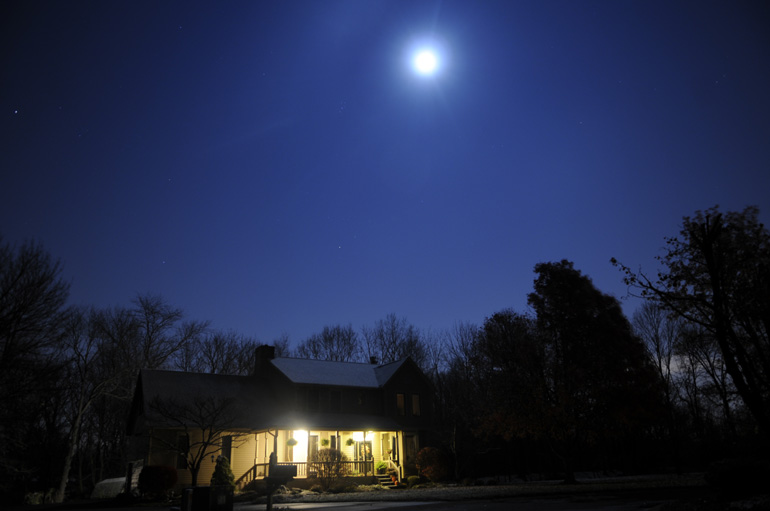 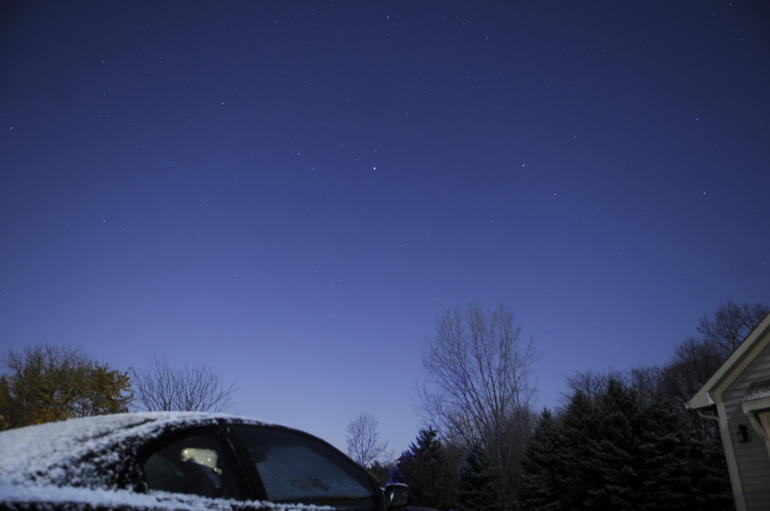 Next blog post: my brother's regional cross-country meet, which happened today. His team made the national meet, and I couldn't be prouder.