This kid's photogenic when he's fast.

My first photo published to wide circulation was of President (then-candidate) Barack Obama holding a baby in 2008 before the Women's Little 500 at IU. You could argue, though, that my photo career started with this guy. 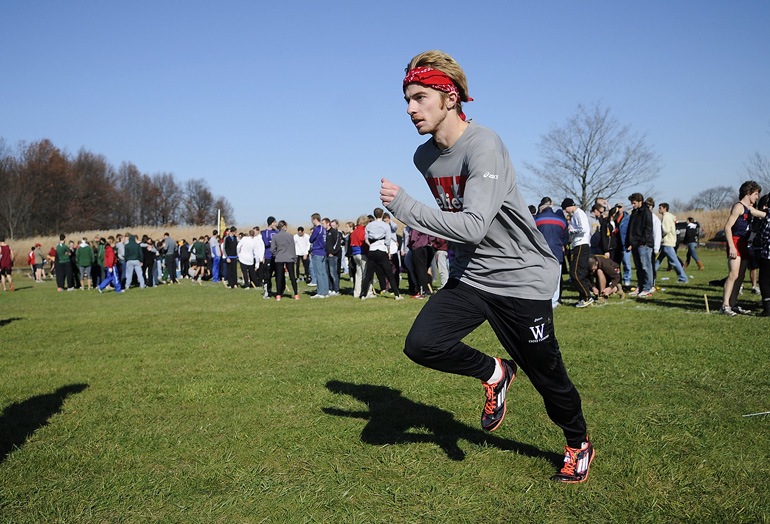 This guy is my little brother, Kenny Farris. He's a senior at Wabash College and a member of the cross-country team, and he is arguably my first photo subject. We both ran on the cross-country and track teams in high school, but as you could probably guess, he ran a lot more than I did. Patellar tendinitis in my sophomore year made me go from slow to slower, and while I wasn't often behind the start line after that, I wanted to keep doing stuff, so I ended up behind my family's Olympus Camedia (basically a high-end point-and-shoot camera) during his meets. Now that his team has reached the national meet this weekend, I figured it was high time to do a post on him. We have a long history of chimping at photos of him running, so this is a fitting tribute. 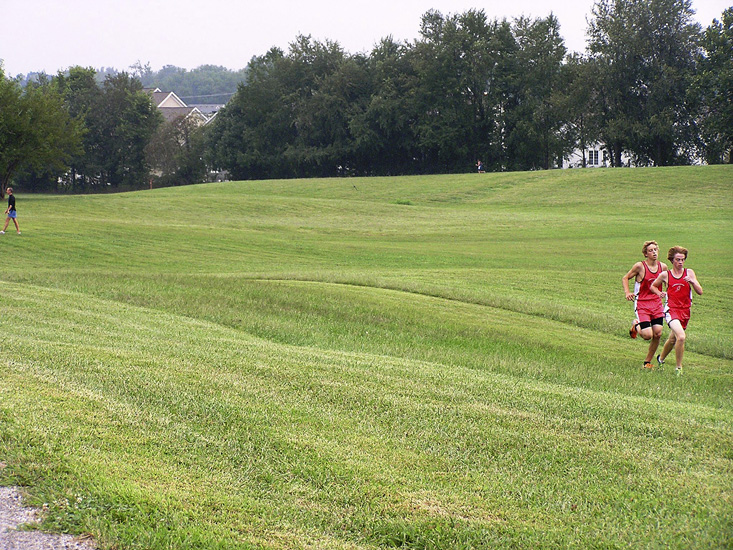 This is one of Kenny's favorite pictures, he's told me. He and Ben Ivers are running in first and second place at a meet hosted by Heritage Christian High School, and although it's early in the race, they've already built a sizable gap. The only other person you can see is a Heritage coach talking to his runner, who is out of the frame. 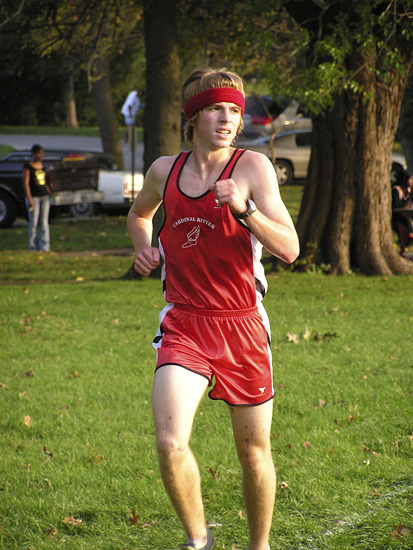 I prefer this photo. It's dignified with a splash of mud on his legs, and it's well-lit. (I was learning the power of natural light at about this time, in fall 2006.) It's also noteworthy for the surgery I often did in my early photos. Claude Cookman taught me in 2008 not to cut through someone's joints, but here I am in 2006 slicing off my brother's feet at the ankles. 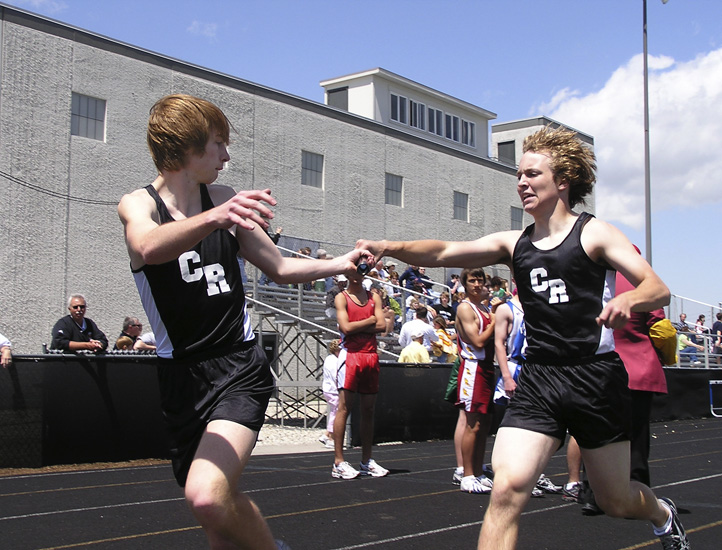 There's more surgery here, but there's also a critical moment and an intriguing angle. Unfortunately, the Olympus didn't have a very wide aperture, so with the background still in relative focus, it looks like Kenny's grabbing that guy's head, not just the baton. 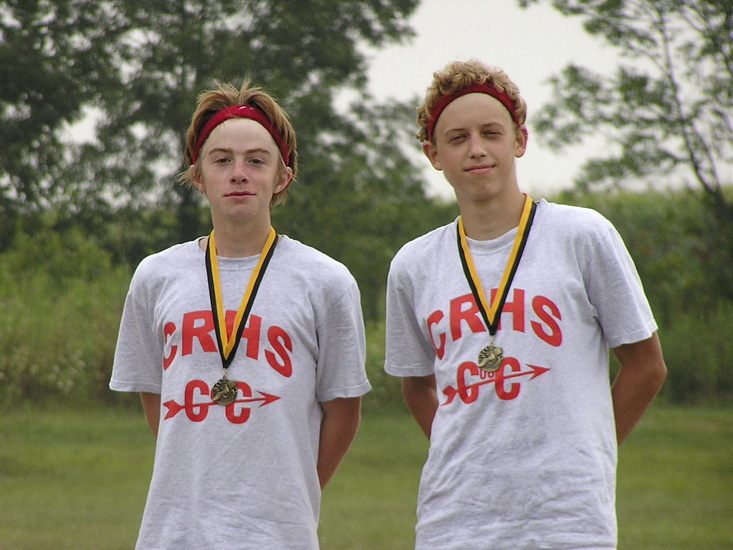 Kenny and Ben Ivers won a few medals during their running days at Cardinal Ritter High School. This is one of their muggiest podium poses. 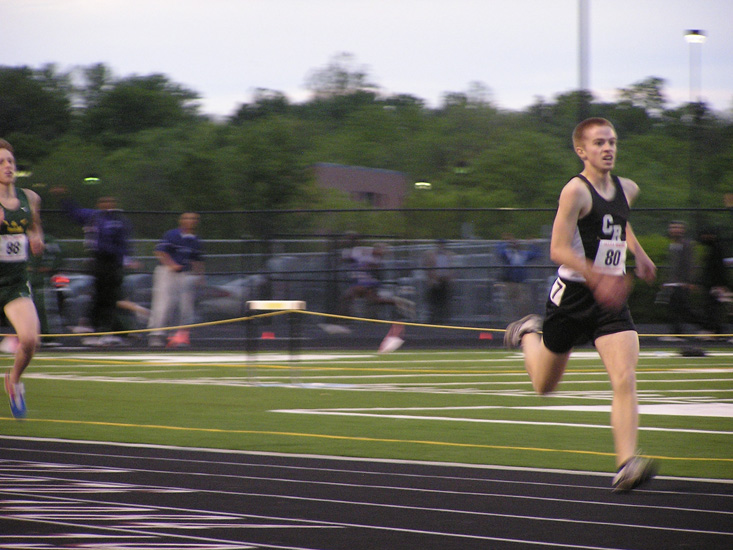 This is also one of Kenny's favorite photos. (Compare to the first one. See a pattern?) I was never a fan of this photo; it's too blurry, it's a bit grainy from the impending darkness, and I cut off half of the guy behind Kenny. But no matter: Kenny hadn't beaten that guy all year, and in this regional meet, the last meet of his high school career, he passed five people in the final lap of the 3200 meter run, including that guy. Any visual proof of that accomplishment would suffice. (There is, of course, written proof.)

I'm pretty sure I took better photos at last weekend's Division III Great Lakes regional meet at Oberlin College in Ohio than at all the high school meets combined. (For more photos, if just to see for yourself if I'm exaggerating, check out the public album of 74 photos on Facebook.) Just like in that final meet in high school, he beat someone he hadn't beaten all year, and he ran the race of his life. I can't go to Nationals this weekend in Oshkosh, Wisc., but I hope he does even better. 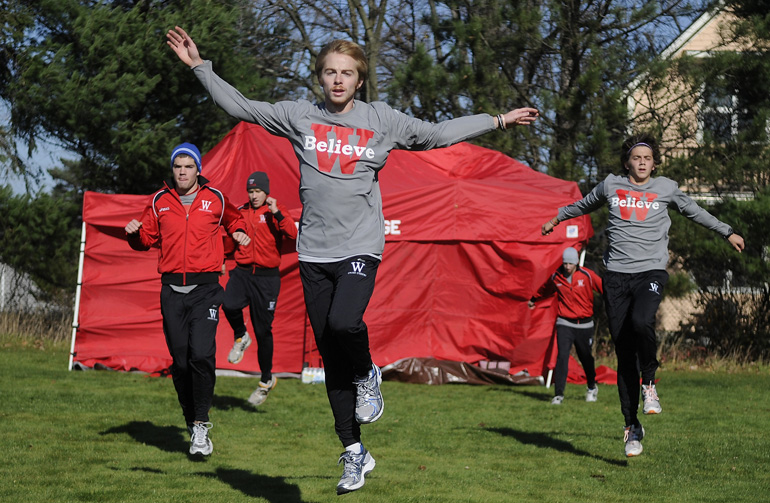 He flies during warmups! 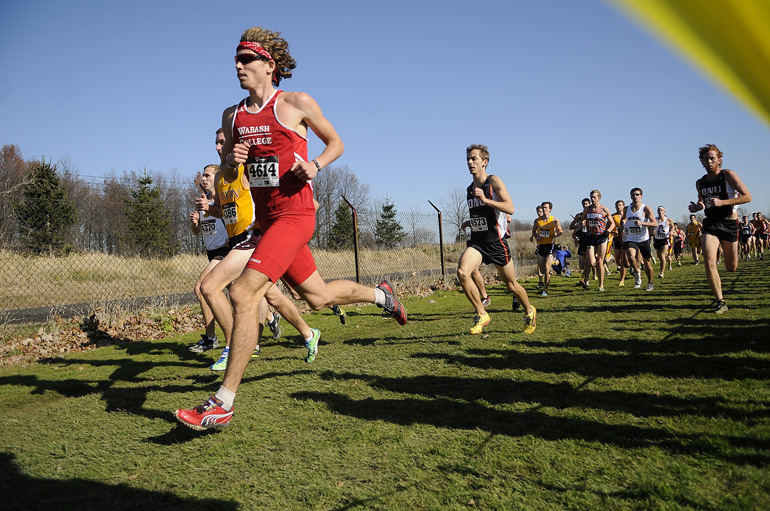 The guy in red is his teammate, Kevin McCarthy. He won the race. 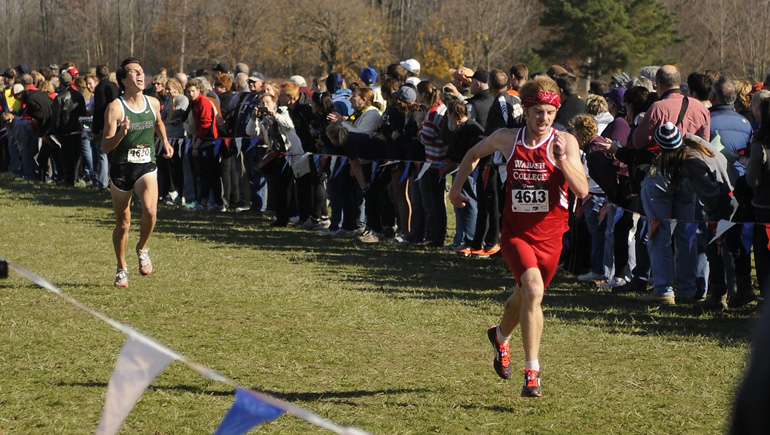 This is Kenny beating someone he'd never beaten before, on his way to 29th place and an All-Regional finish. 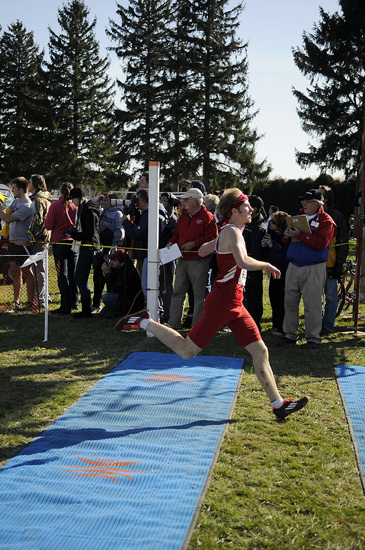 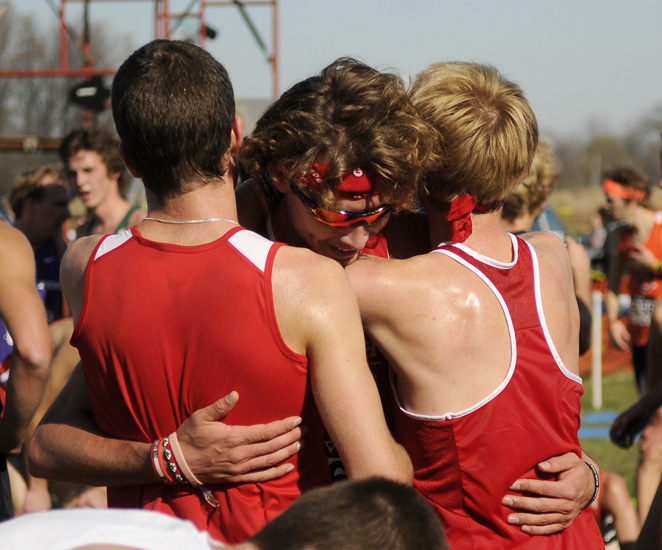 Kenny and another teammate hug Kevin McCarthy after they learn that McCarthy won the race. 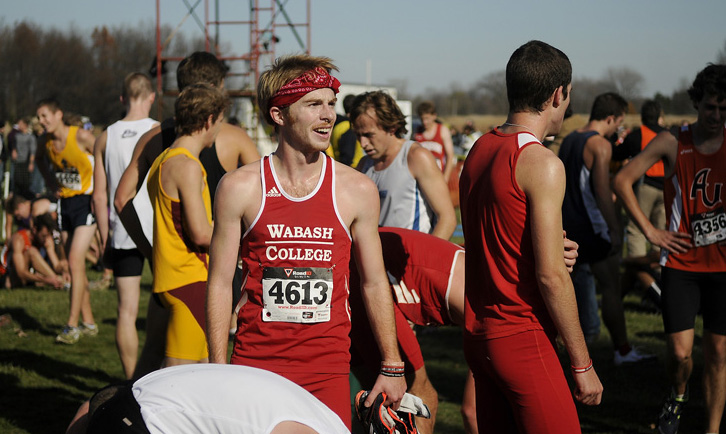