or Thank God for payslips

I was out of Bloomington the weekend of Jan. 21 because I took photos of the Wisconsin basketball game and stayed with friends I met while studying in Madrid. Since that Friday was the end of the pay period, I had to wait to fill out my payslip until the following Monday.


On the drive there, I found a group of pro-lifers marching two days after the 38th anniversary of the Roe v. Wade decision. (I'm guessing they waited until the next weekday in order to maximize eyeballs and rubberneckers. But that's only a guess.) Once I filled out my payslip, I parked along Third Street and joined them on their march of prayer toward the Planned Parenthood office. Photos of their rosaries (and of their noise complaint) appear below, and snippets of the four lines of copy I wrote for the paper are scattered throughout the captions.

(P.S.: Read some tweets here and here for answers to the question, "Is Alex Farris a real journalist?" Trust me, it's relevant.) 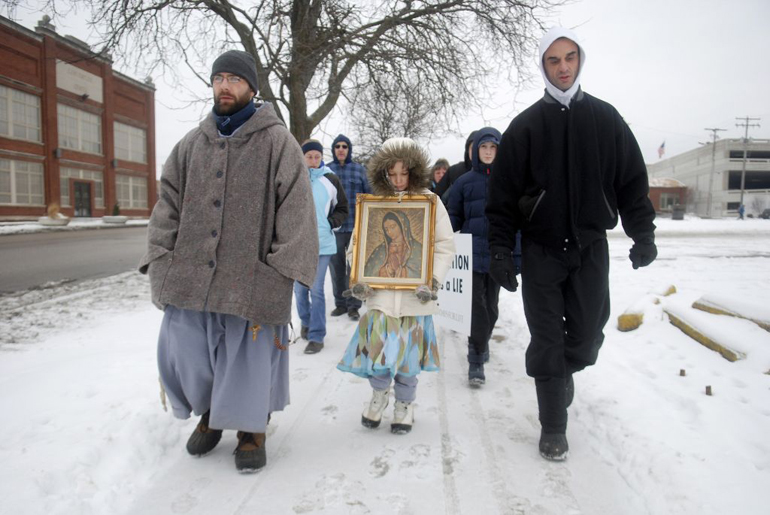 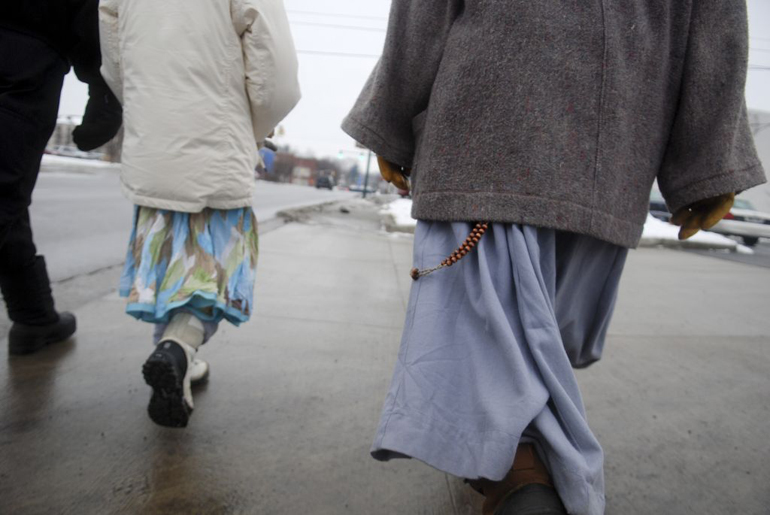 Alexis Siefker and brother Juniper Mary walk ahead of the group through downtown Bloomington. Alex Farris 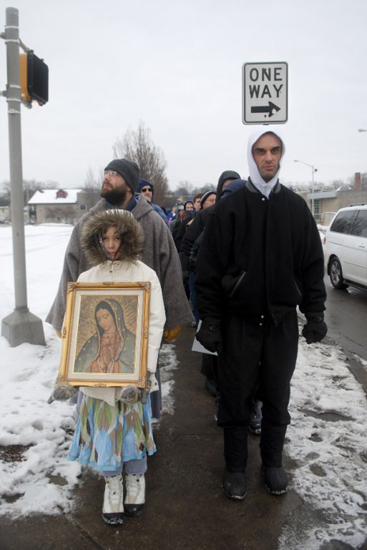 The marchers stop at a crosswalk shortly before turning onto South College Avenue. Along the way, the marchers prayed all 20 mysteries of the rosary over a portable amplifier. Alex Farris 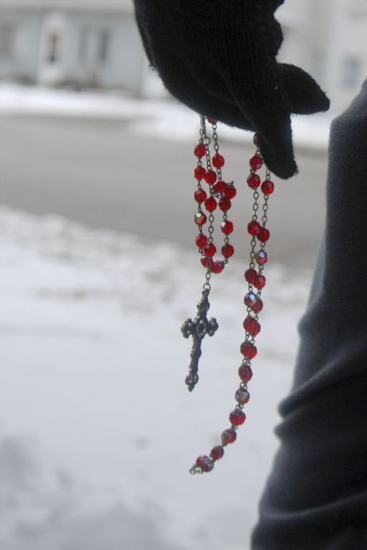 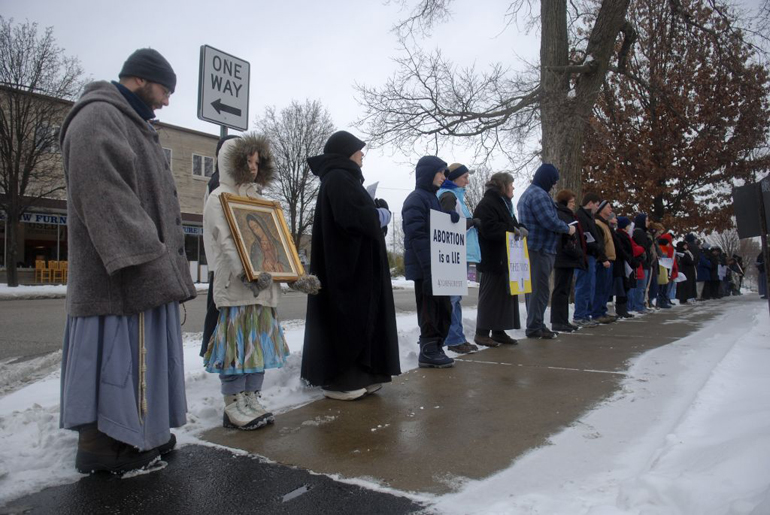 The marchers stand outside the Planned Parenthood office on South College Mall. While in front of the office, they said a Divine Mercy prayer and a Litany of the Blessed Virgin Mary. Alex Farris

Bloomington resident Dale Siefker (right) talks with Bloomington police officers about a noise complaint Monday outside the Planned Parenthood building. The officers told Siefker that a business had complained about the noise coming from the pro-life marchers, who had been broadcasting prayers through their amplifier. The group stopped using the amplifier during the rest of their stay outside the center. Alex Farris 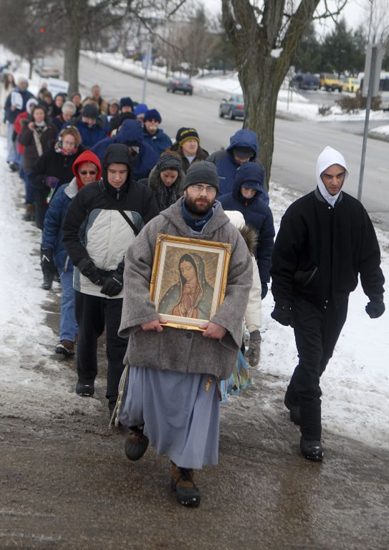 The marchers walk back toward St. Charles Catholic Church. The group turned their amplifier back on as they walked back to St. Charles. Alex Farris