Sometimes, your favorite photo on an assignment isn't the one you were assigned to take.


The Indianapolis Star's photo department hosted its annual Pizza Night, and after some words and pictures from Sports Illustrated's Damian Strohmeyer, I slipped out to downtown to do a freelance assignment for the Star. They wanted photos of "outrageously dressed" Nebraska and Wisconsin fans in town for tonight's Big Ten Football Championship Game.

While I do like the Hulk hands in the fourth photo of the gallery, I also found this guy. The shirt is out-of-season in more than one way, and it hardly deserves the use of an exclamation mark. But that's why I like it.

By all means, enjoy the assigned photos. And though it may be futile, Go Cubs! 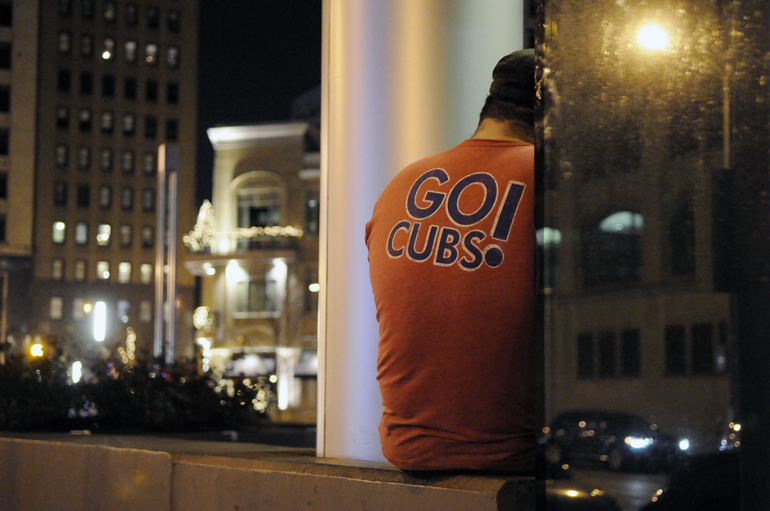