My city is hosting the Super Bowl (part 1)

As a native of Indianapolis, I both never thought this could happen and knew deep down that we could do it.


In 2008, the city known both as the Racing Capital of the World and Nap-Town won Super Bowl XLVI and the national spotlight. I've always thought of my hometown as a smaller version of Chicago; we have a good music scene, funny weather, a knack for hosting sporting events and a mix of metropolitan and homespun flavor, but the Windy City always had something over us in categories one, two and four. This year, of course, we most definitely have something over Chicago, who has not hosted a Super Bowl. I feel like we've grown up, and I also feel more proud to use "we" in connection with Indianapolis.

Since the Super Bowl Village and its concerts are free, I've been sending photos to Demotix, an international freelance photo wire that made a name for itself during the disputed Iranian elections and the Henry Louis Gates arrest. With concerts by LMFAO and Umphrey's McGee coming up this weekend, and with possible Occupy protests and labor strikes over right-to-work legislation, I'll have a lot more stuff to send them in the next few days. In the meantime, enjoy what I've taken so far, both here and on Demotix. 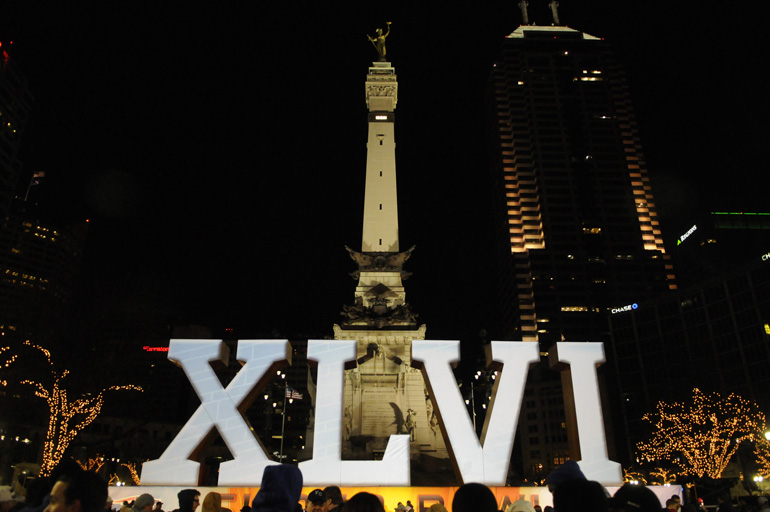 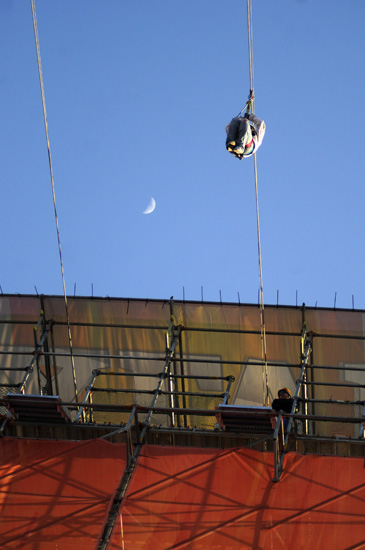 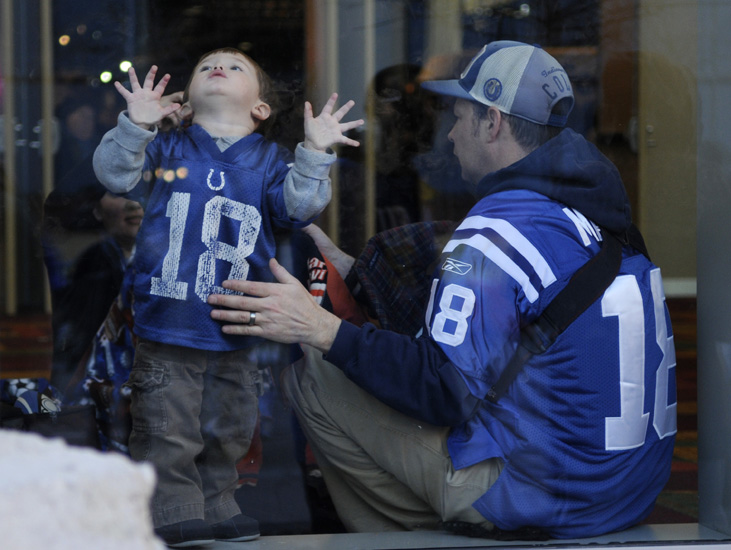 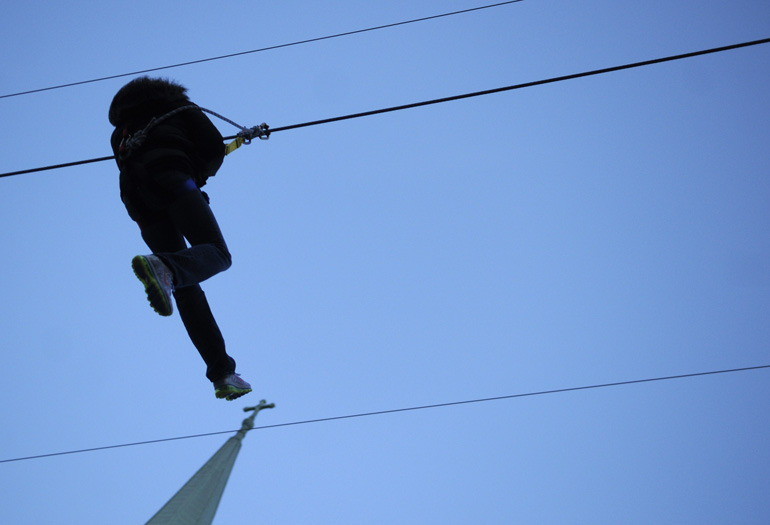 No spire atop St. John the Evangelist Church was harmed in the making of this photo. Alex Farris 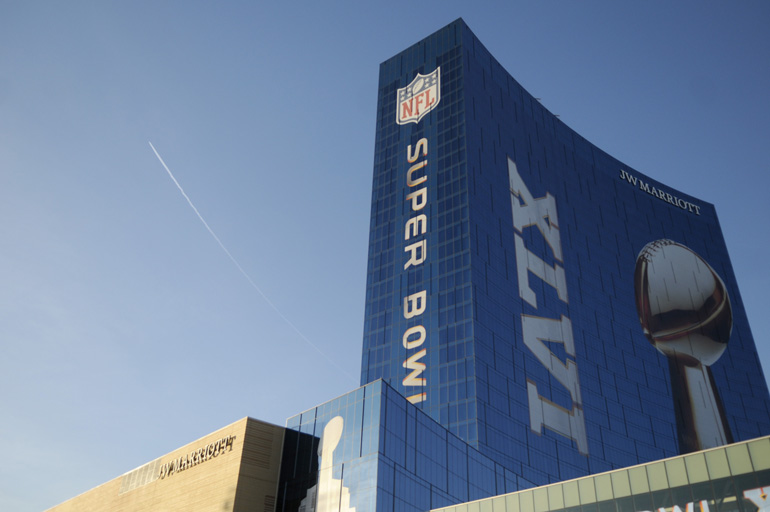 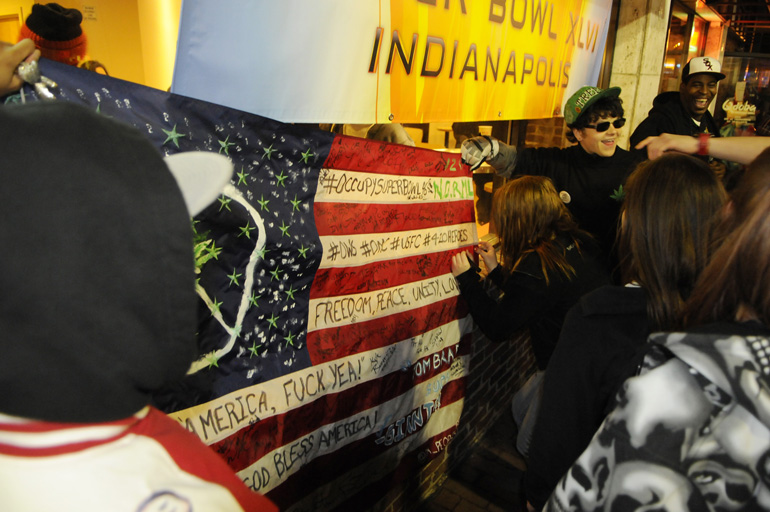 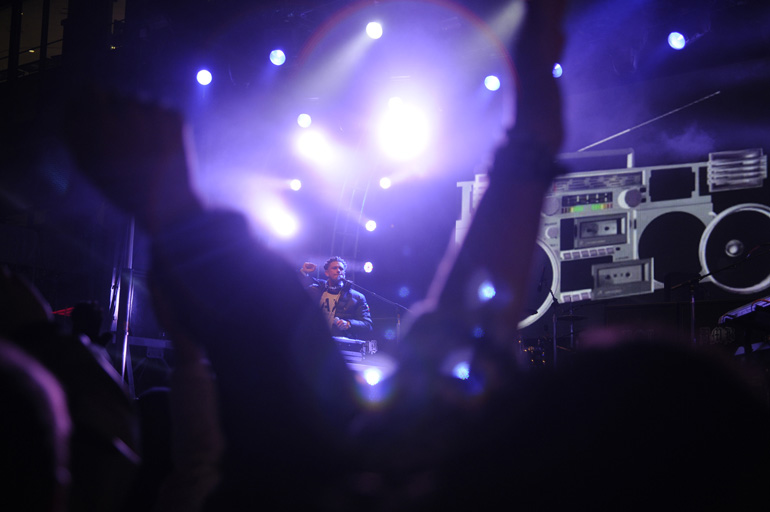 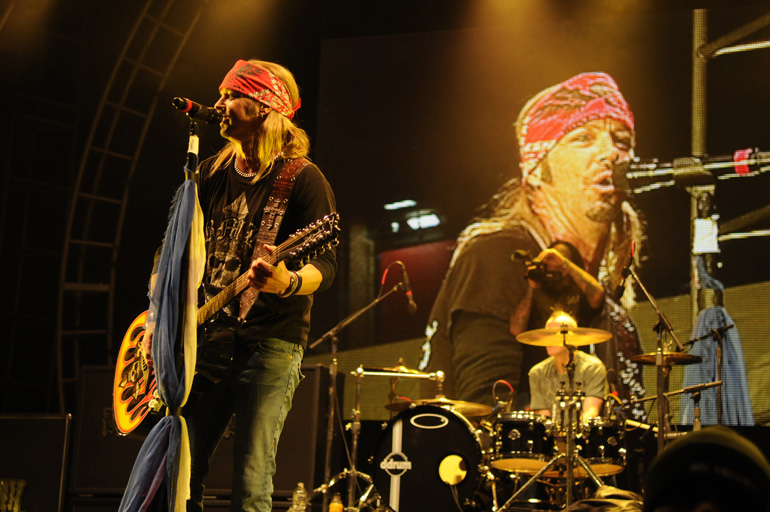 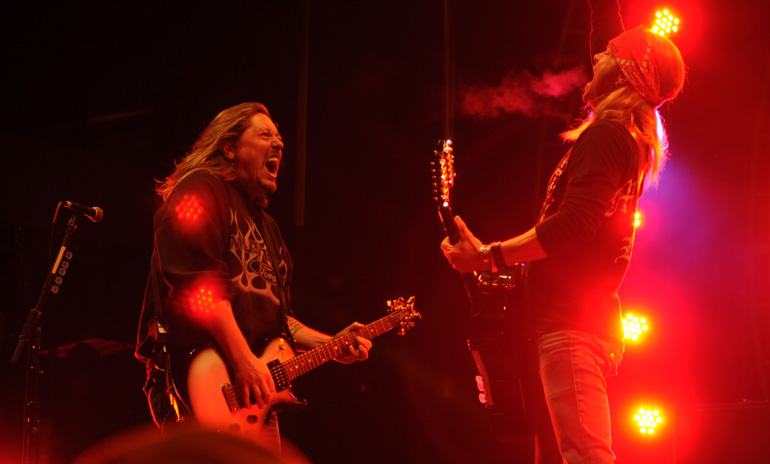 Bret Michaels has a few things over DJ Pauly D, chief among them being that he can breathe fire. Alex Farris 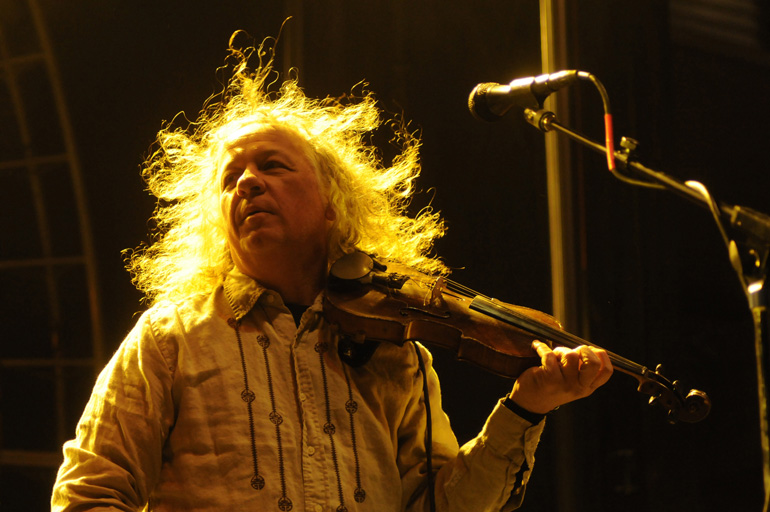 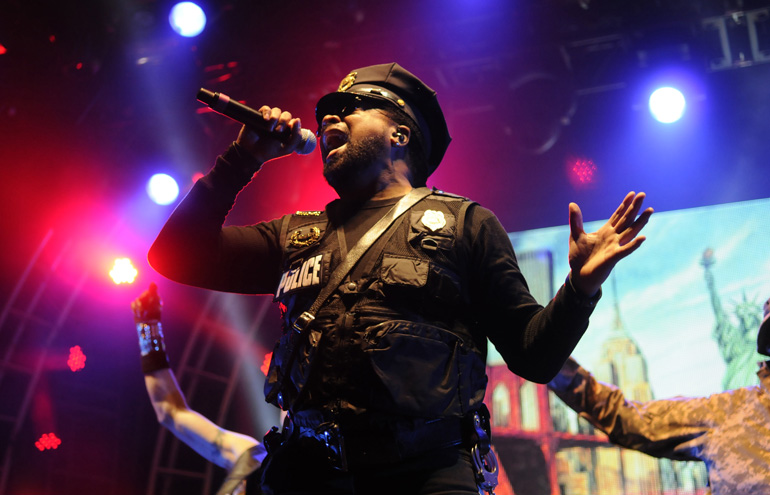 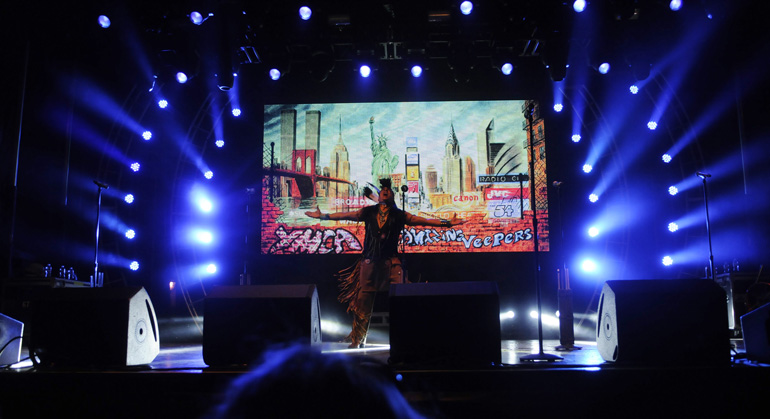