For my second straight night of photo assignment (and my eighth day with an assignment in less than a month!), I went to Social, a bar on a street I never knew existed Downtown, for the last International Final Fridays gig of the year. It was snowing, adding to the seven or so inches Indy had received since Wednesday, so I didn't expect a lot of people. I was more than correct, as I had to be very patient in order to get photos of anybody dancing.


But dance they did, and included in that dancing were some Indiana Pacemates. Getting a photo of them dancing to "Gangnam Style" made the wait worth it. For pictures of the other people who eventually made it to Social, check out the Star's 15-photo gallery.

It's almost the end of the year! Tomorrow, I'll celebrate with a sum-up post looking back at the vast expanse that is 2012. 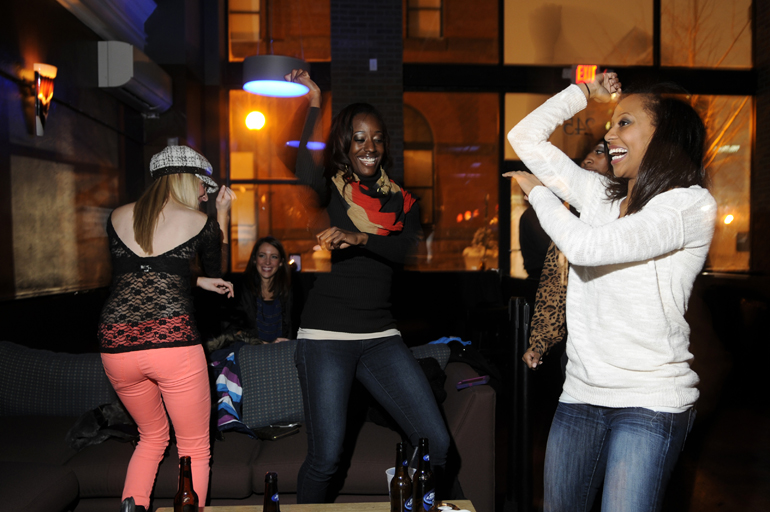