True This is the Thirteenth Amendment. Or at least the Sumner-Wormly copy, made soon after passage in Congress. Before it was sent out to the several states for ratification, Lincoln made what some call a constitutional faux pas: he signed the document, even though the executive has no formal part to play in the process of amending the Constitution. Alex Farris
Lincoln and Dad's Excellent Adventure | Alex Farris Photo Blog
Home
Previous
Archive
TAGS
Personal
IU
Bloomington

The 12th day of February is quite a momentous day. On it, we celebrate the births in 1809 of two of the most consequential people of the modern world: Abraham Lincoln and Charles Darwin. To them, we might add a third influential character, for those who know him must certainly count him as such: Tom Farris, a man who came from Animosa, Iowa, and South Bend, Indiana, made a name for himself at Purdue University and as a certified public accountant--


All right, all right, let's ditch the pageantry. We've got cool stuff coming up!

Last year, after the annual Indiana News Photographers Association awards judging, I didn't have much to do. I hung around Bloomington a little bit, somewhat aimlessly, until I recalled the Lilly Library. I had been inside the repository of Really Old Stuff maybe four times as a student, and even though I got to hold John Ford's Oscar and read Ernie Pyle's letters, I didn't fully appreciate the library and its treasures. On that day, though, I finally took advantage of my free time. I flipped through the card catalog, and in no time I had my hands on personal letters, handwritten notes, and a draft of the Emancipation Proclamation, all of which flowed from Lincoln's pen.

This year, I decided to treat my dad to that same awesome privilege. I was more prepared this time, though, and in my preliminary research I found that the library hosted, along with its manuscripts, bronze casts of parts of a life mask of the 16th President. So, my father got to hold faithful representations of Lincoln's face and hands.

Even with my preparation, we still got a surprise: the library also holds the Sumner-Wormly copy of the Thirteenth Amendment.

Note: This was an event for Dad, so I only took my iPhone into the library. 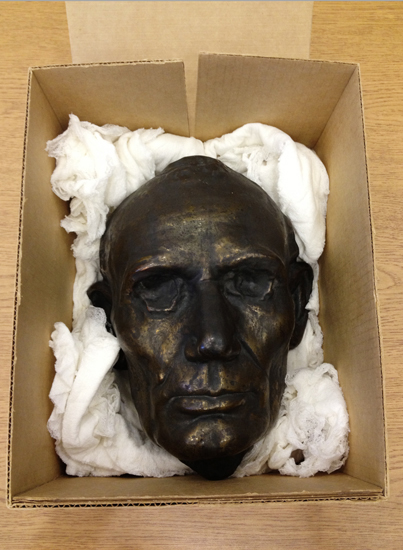 In 1860, Chicago sculptor Leonard Volk make a life mask out of Lincoln‘s face and hands. His face was done before his nomination as the Republican candidate... Alex Farris 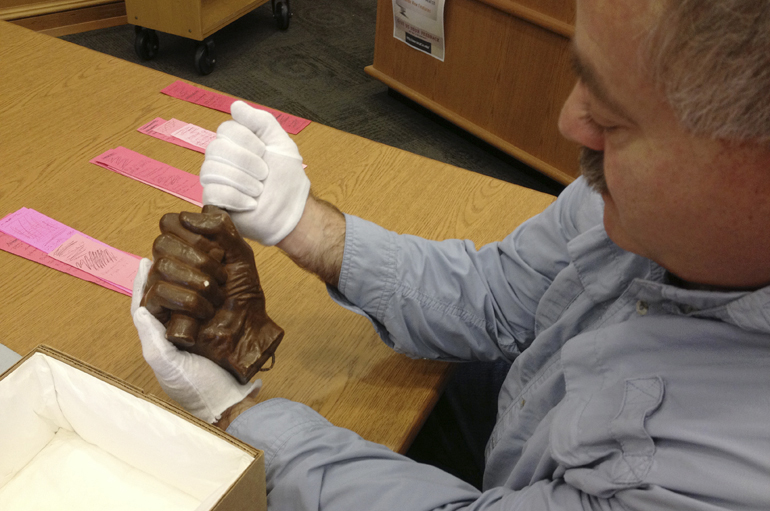 ...while Volk had the honor of casting his two hands after he was nominated on May 18. Volk wanted Lincoln to hold something in one hand, so Lincoln cut a broom handle from his shed. "The right hand appeared swollen as compared with the left," Volk said, "on account of excessive hand-shaking the evening before; this difference is distinctly shown in the cast." Alex Farris 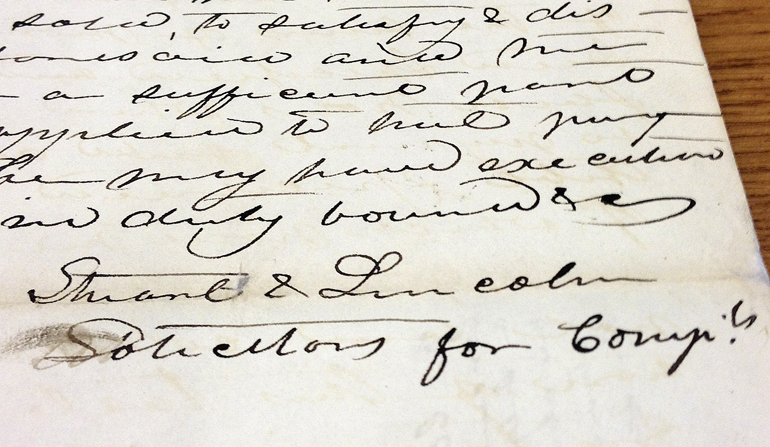 Among the 490 items in the Lincoln mss. were numerous legal papers drawn up by the traveling law firm Stuart and Lincoln. Domestic and monetary disputes alike crossed their desk, and many of the papers were written in Lincoln’s handwriting. Alex Farris 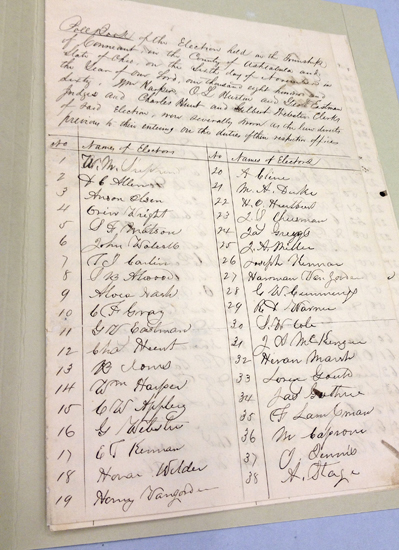 An 1860 poll book from a township in Ashtabula County, Ohio... Alex Farris 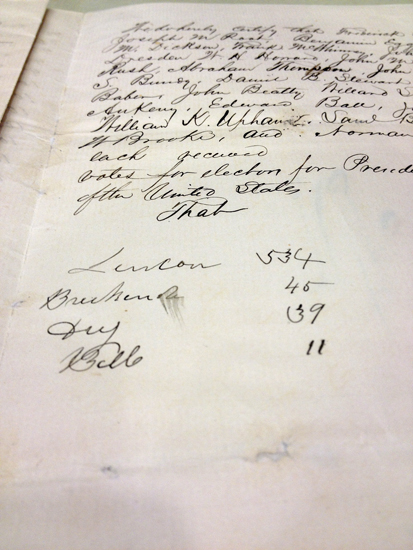 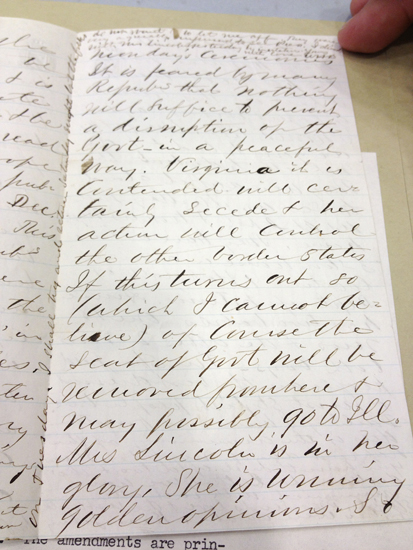 A friend visiting Lincoln during his 1861 inauguration commented on the political spirit of Washington, D.C. and wondered if the nation’s capital, being so close to secessionist Virginia, might be moved to Illinois. Alex Farris 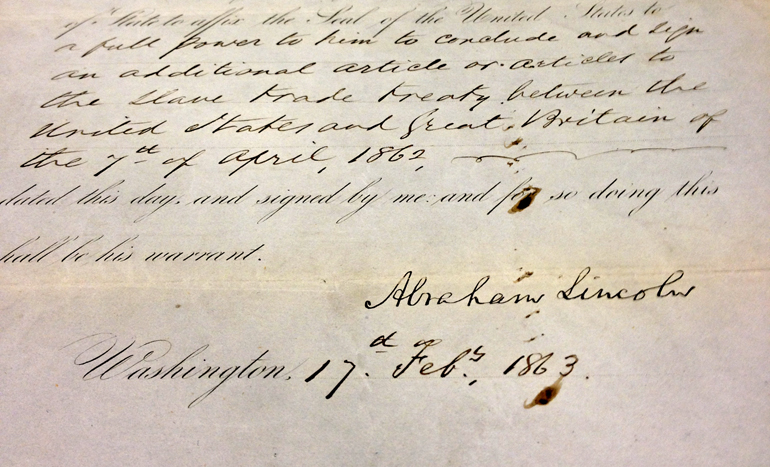 Lincoln’s signature is here affixed to a form letter authorizing changes to be made to a slave trade treaty between the U.S. and Great Britain. Alex Farris

This is the Thirteenth Amendment. Or at least the Sumner-Wormly copy, made soon after passage in Congress. Before it was sent out to the several states for ratification, Lincoln made what some call a constitutional faux pas: he signed the document, even though the executive has no formal part to play in the process of amending the Constitution. Alex Farris