True Lauren Spierer's father, Robert, pauses while his wife, Charlene, rests her head on his shoulders during a statement to the media July 1 at Bloomington Police Department headquarters. "It's our worst nightmare," Robert said. "It's an experience that you don't want anyone to ever have to go through." Alex Farris
Five weeks without Lauren Spierer | Alex Farris Photo Blog
Home
Previous
Archive
TAGS
News
IU
Indiana Daily Student
Lauren Spierer

I've taken other photos this summer, but most of the month of June was consumed by the story of missing IU student Lauren Spierer. Sadly, the search continues, despite all the people trying to get more information. In continuation of the last entry, here are a few more photos of a case that regrettably seems to have slowed down.


(I was at a high school friend's wedding in Indianapolis yesterday, so I wasn't able to cover Laps for Lauren in Bloomington. Sam Park took my place.) 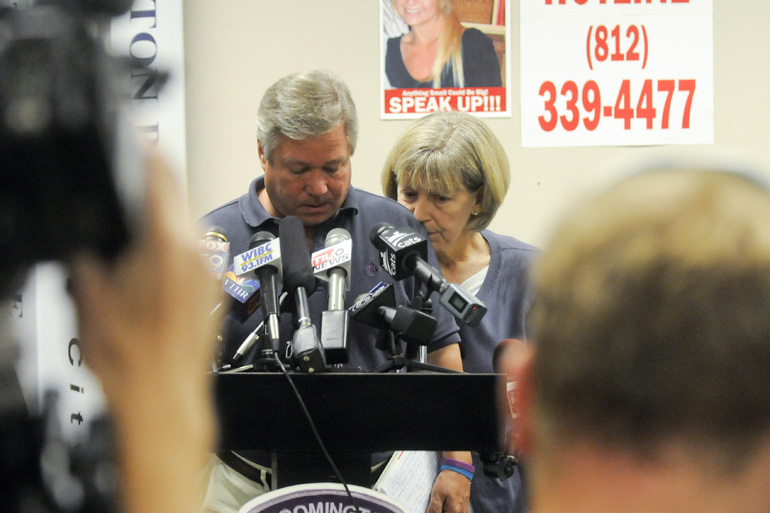 Lauren Spierer's father, Robert, pauses while his wife, Charlene, rests her head on his shoulders during a statement to the media July 1 at Bloomington Police Department headquarters. "It's our worst nightmare," Robert said. "It's an experience that you don't want anyone to ever have to go through." Alex Farris 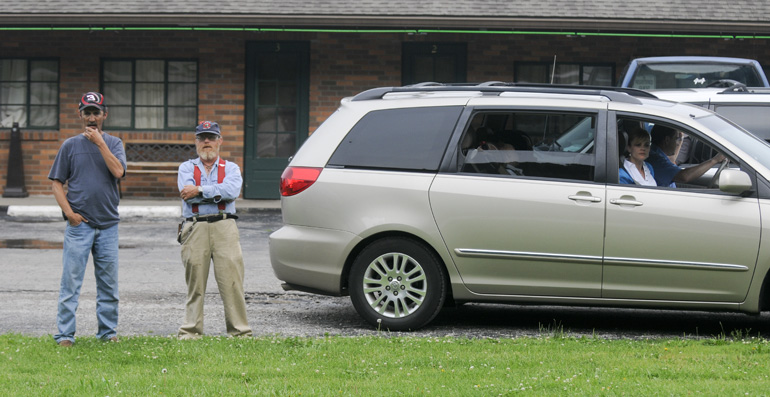 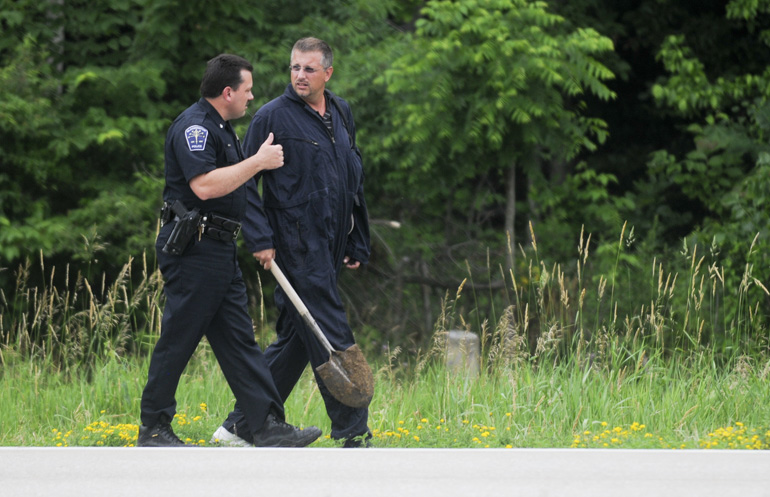 A Bloomington Police Department officer and a BPD evidence technician walk back to their cars after investigating a mound of earth June 19 on State Road 37 south of Martinsville, Ind. The mound of earth was found as part of a general search in the areas of Monroe County outside of Bloomington. Alex Farris 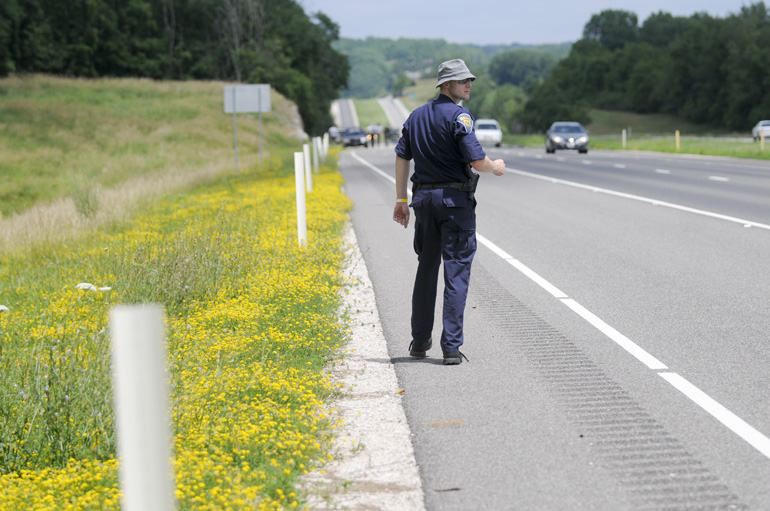 Indiana State Police trooper Matt Holley looks back as he return to his car after an ISP search for Lauren Spierer along State Road 37 on June 23 near the Monroe-Lawrence county line. Holley said today's search started around the intersection with State Road 45 and ended at the county line. Alex Farris 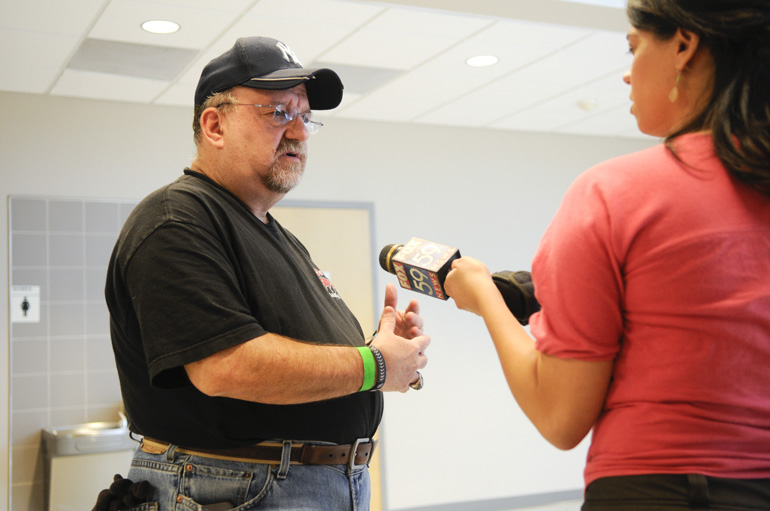 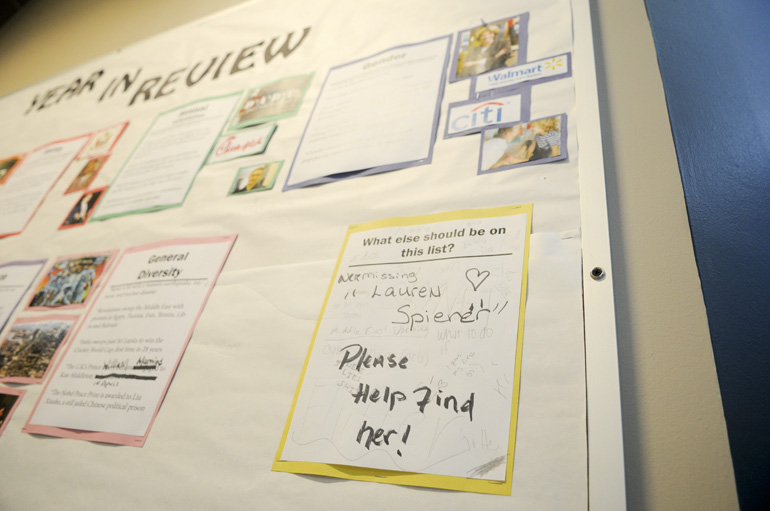 A Year in Review board displays a plea to find Lauren Spierer during the last day of daily volunteer searches for the missing IU student on June 29 at McNutt Quad. Alex Farris 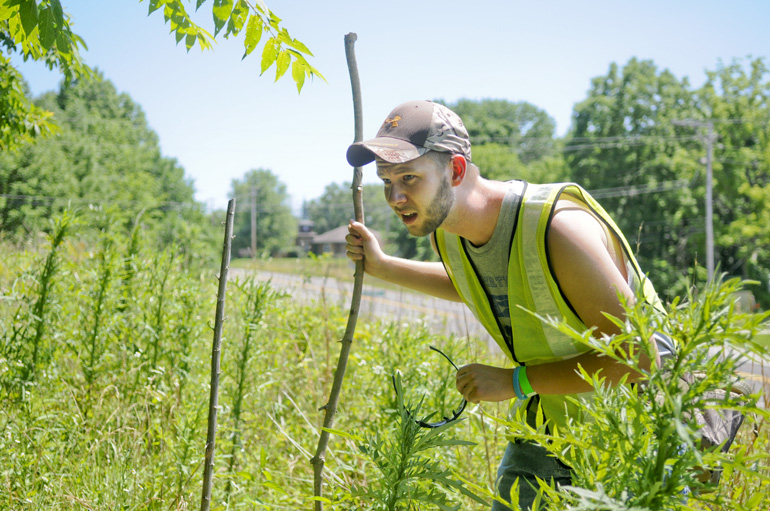 Junior Tom Schmitt peers around trees during the last day of daily volunteer searches for Lauren Spierer on June 29 near S.R. 446. "It's a shame we got all these kids walking around," he said while he drove through campus on his way to the search, "and we only got five people going out." Alex Farris 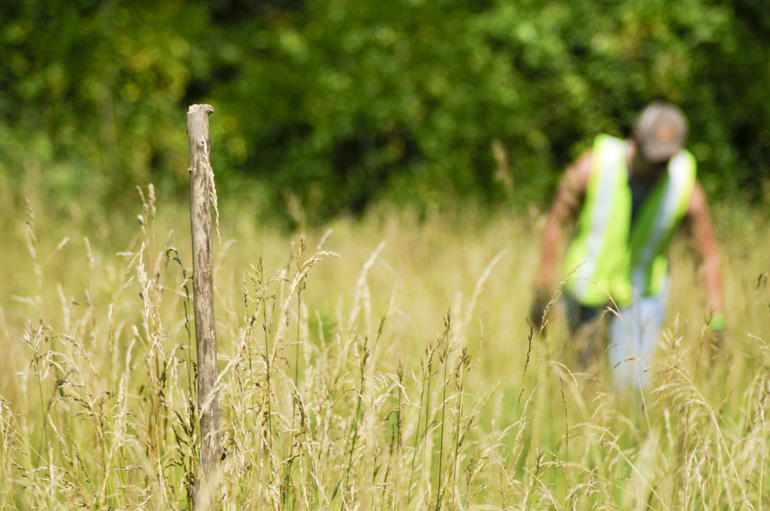 A walking stick marks bones as junior Tom Schmitt looks through tall grass during the last day of daily volunteer searches for Lauren Spierer on June 29 near S.R. 446. Schmitt and volunteer searcher Jeff Ritter found femurs, ribs and other bones in the roadside gulley, but a BPD anthropologist ruled on the scene that the bones were not human. Alex Farris 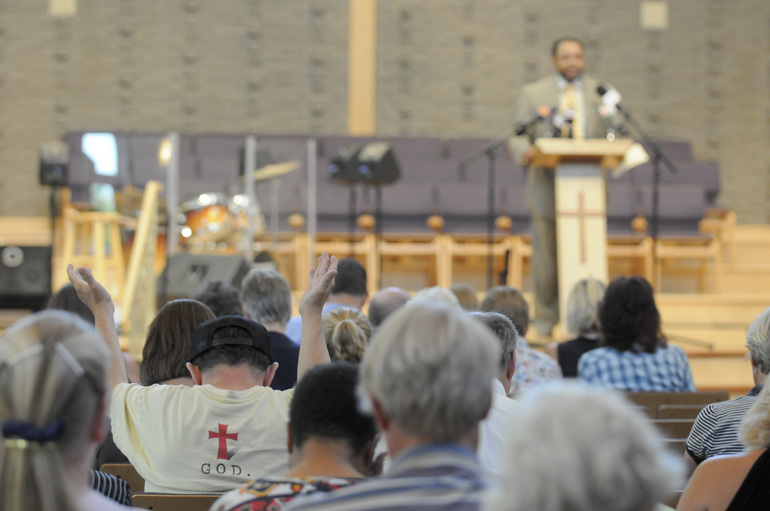 An audience member raises his hands as Bishop Dr. William McCoy speaks during a vigil for Lauren Spierer on June 30 at Evangelical Community Church. The church, together with Christian radio station Spirit 95, brought together pastors from Bloomington churches, Mayor Mark Kruzan and other community members. Alex Farris 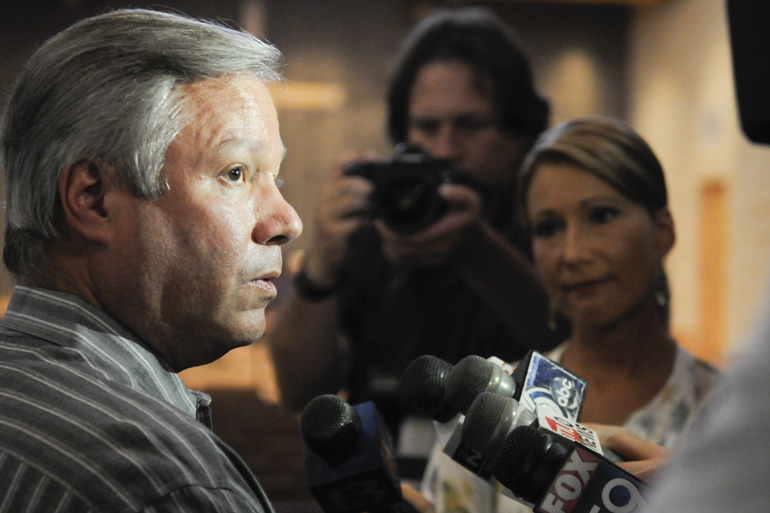 Robert Spierer talks with the media after a vigil for his daughter Lauren on June 30 at Evangelical Community Church. "You can often know the true fabric of a community by how it responds in difficult times," Robert said. "We are forever grateful for what everyone has done." Alex Farris

Robert Spierer rides an ATV to gate 5 during Fourth of July festivities at the Monroe County Fairgrounds. Robert, Charlene and about 12 volunteers handed out fliers with Lauren's information and picture before the night's fireworks. Alex Farris 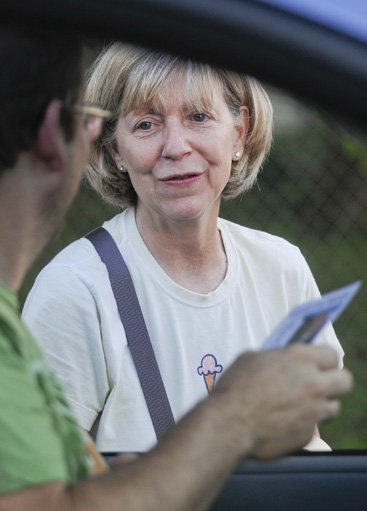 Charlene Spierer gives a flier with information about her daughter Lauren to a driver during Fourth of July festivities at the Monroe County Fairgrounds. Alex Farris