This was a busy night. After having dinner with my girlfriend to celebrate six months together, and after bringing her to the Will Counts Memorial Lecture on Photojournalism at the Buskirk-Chumley Theater, I reported on the Big Ten ticket's results party for the IU Student Association election, held at Sigma Phi Epsilon. Far into the future, I hope to do the same (or better) coverage of a larger election celebration (like, say, for U.S. President), but for now, I'm satisfied.
Flip the light switch 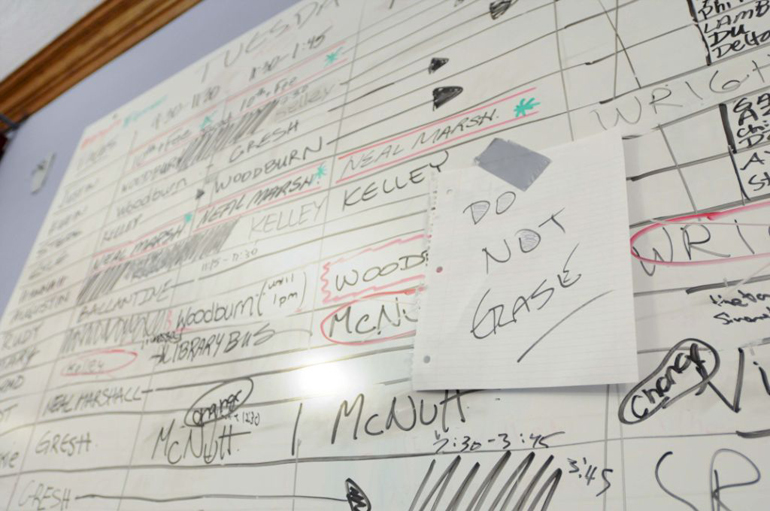 A schedule of polling places is guarded by a paper sign in the "situation room" of the Indiana University Student Association's Big Ten ticket during announcement night for IU Student Association results on Mar. 2, 2011, at Sigma Phi Epsilon fraternity. The campaign organized two days of balloting on this and another whiteboard, determining who from the ticket would man each polling station. Alex Farris

Junior adviser for the Big Ten ticket Dan Haddad (center) and others talk in the "situation room" before election results are announced. Haddad wore a Smurf costume to attract voters in the IU Student Association campaign pitting Big Ten against reviveIU and BtownUnited. Alex Farris 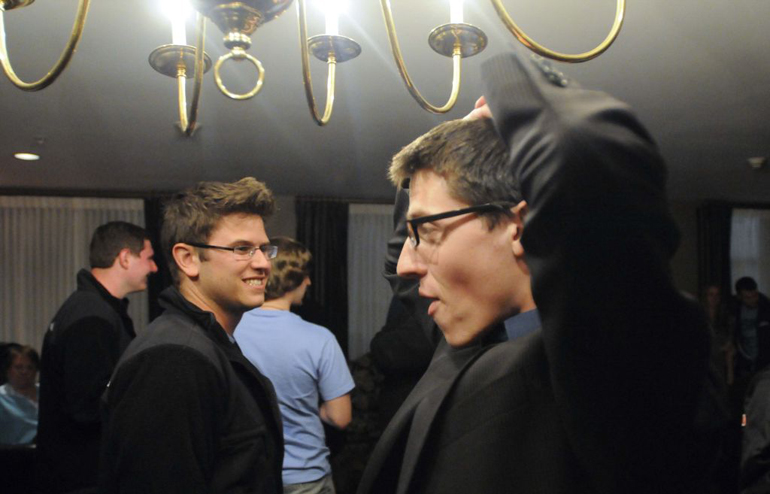 Sophomore campaign adviser Jarad Winget and sophomore candidate for IUSA treasurer Kyle Straub pace around the Sigma Phi Epsilon formal lounge. Winget praised the senior leadership and the spirit of the campaign's volunteers before the results were announced. In reference to rival ticket BtownUnited's volunteers near polling locations, Winget said, "They had three people where we had 10." Alex Farris 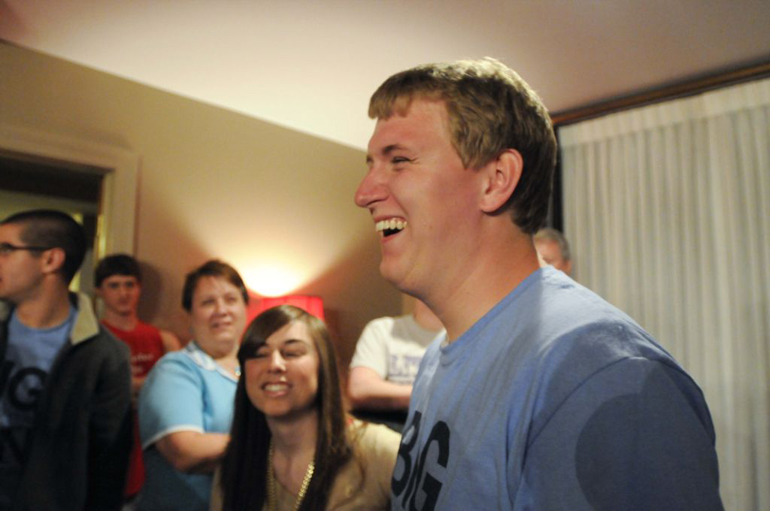 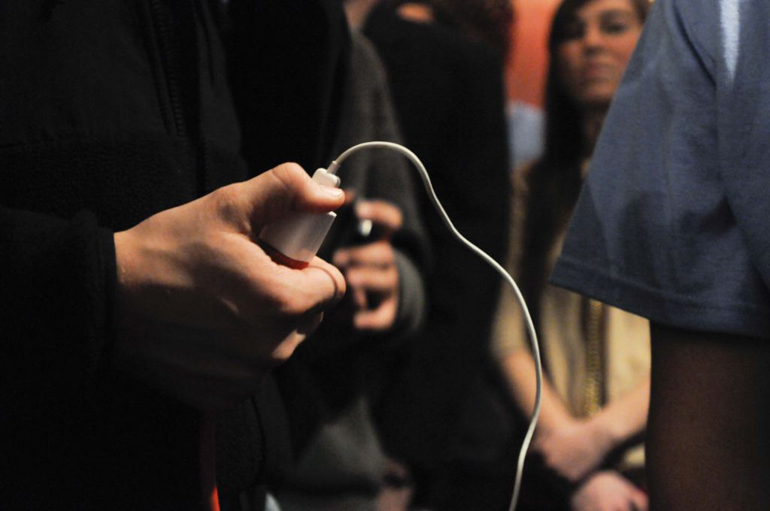 Winget holds an iPhone charger as Kingsolver waits for current IUSA members to call with results. Kingsolver's iPhone had 8 percent charge, so someone with the campaign volunteered his charger. Alex Farris 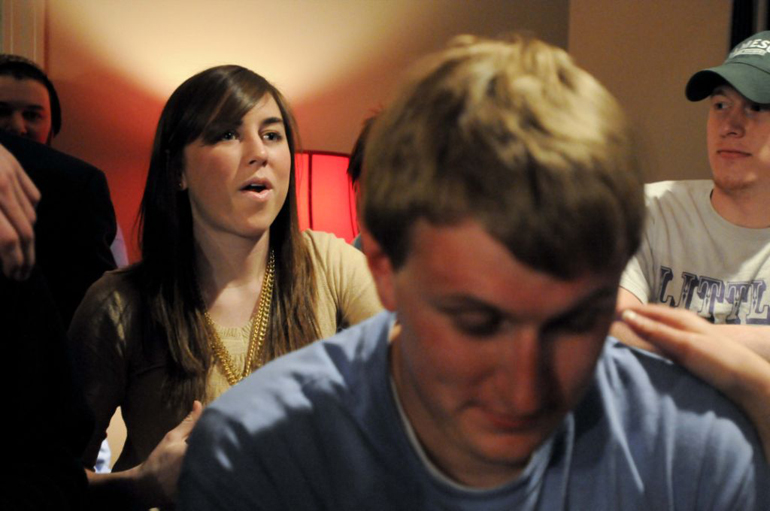 Kingsolver's girlfriend, Jackie Beattey, rubs his back as he waits for results. Beattey drove from Hillsdale College in Michigan, where she is a junior. Even before results were announced, people were calling Beattey "first lady." Alex Farris 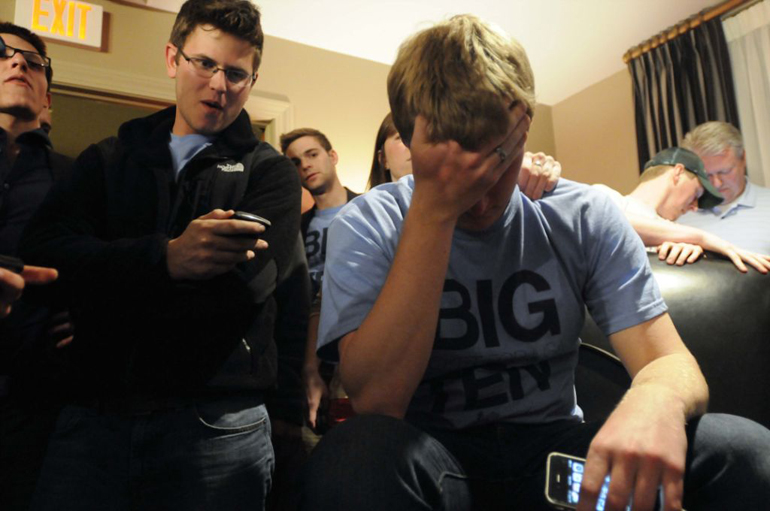 Winget and Kingsolver wait for results. Although the campaign was confident about its chances, Kingsolver paced, ran his hands through his hair, sat up and down, and said this would be his last political race. Alex Farris 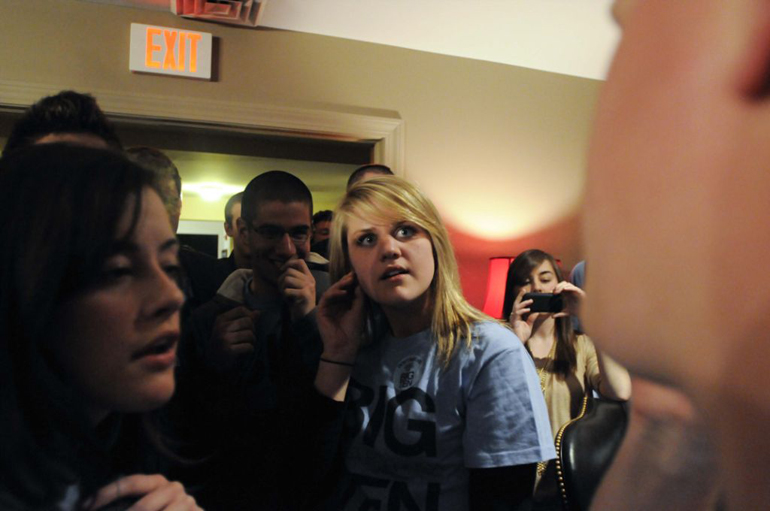 Junior IUSA vice presidential candidate Stephanie Kohls looks at Kingsolver as he receives a call from current IUSA members announcing the results. The call came shortly before 10:40, nearly 40 minutes after the polls had closed. Alex Farris 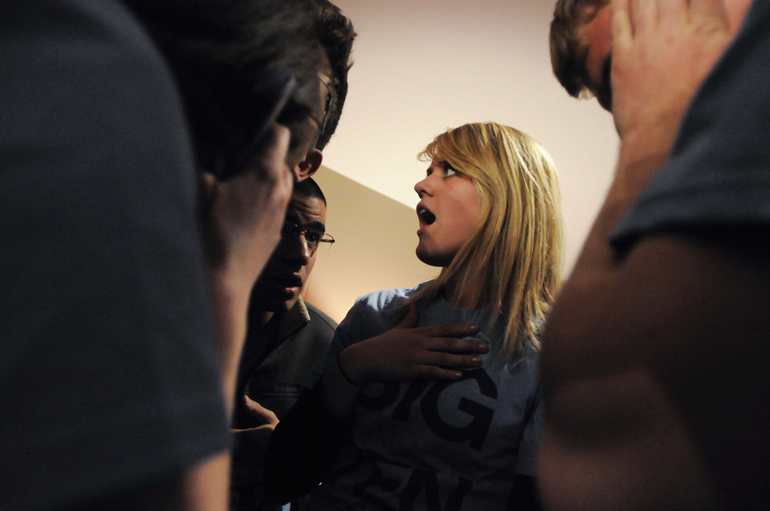 Kohls reacts as she overhears the phone call. In unofficial results, the Big Ten ticket won by a margin of about 1,800 votes. Alex Farris 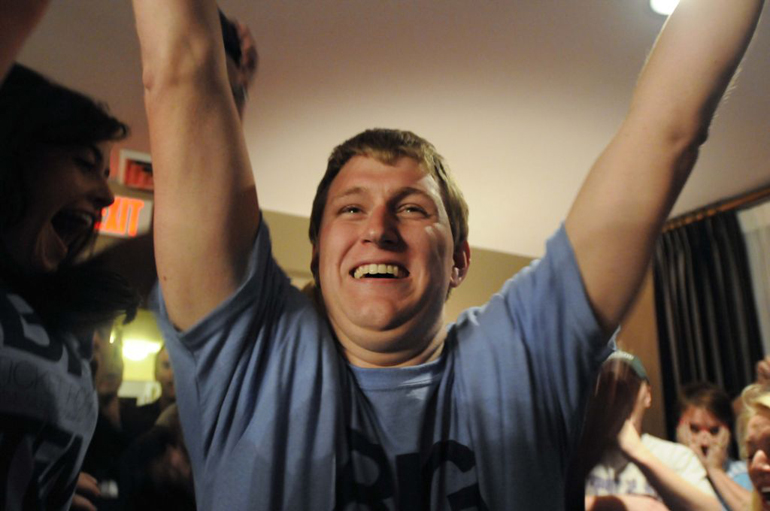 Kingsolver and other ticket members begin celebrating their unofficial victory. According to those results, Big Ten received 4,811 votes out of 9,071 ballots cast. Alex Farris 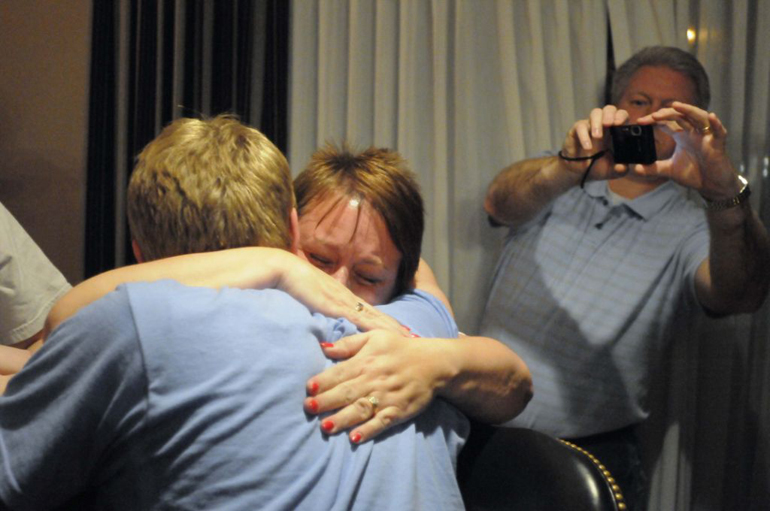 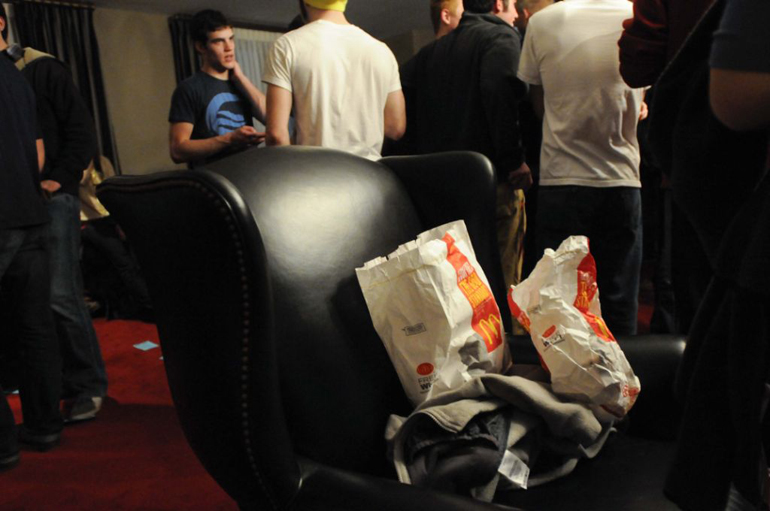 Bags of McDonald's double cheeseburgers sit on a chair as the Big Ten ticket celebration begins. Justin Kingsolver's parents bought 50 burgers for those in attendance, whose number was estimated at about 100 supporters. Alex Farris