This might have been the coolest five seconds my eyes have seen:


I woke up at 6 a.m. this morning to drive to the Eastside of Indianapolis to watch the Keystone Towers implode at 8 a.m. The apartment complex, which was built in 1973 and was home to some Pacers in the ABA days, fell into disrepair more recently and was repossessed in 2008. After trying to revamp the main and side towers, developers decided to give up, giving citizens a free show put on by Advanced Explosives Demolition and Denney Excavating (though not without some rough edges).

The implosion was part of Indy's efforts under the federal Neighborhood Stabilization Program, and given the blight the towers had become, I'd say it'll go a long way toward stabilizing that part of town.

Other shots from the implosion: 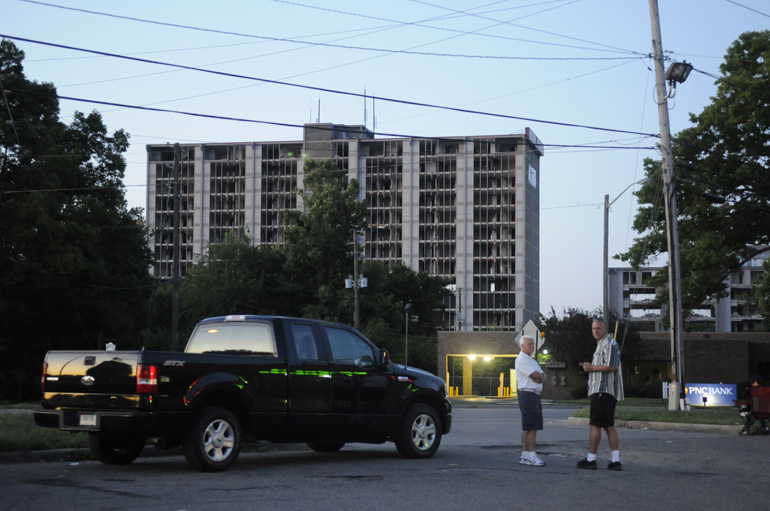 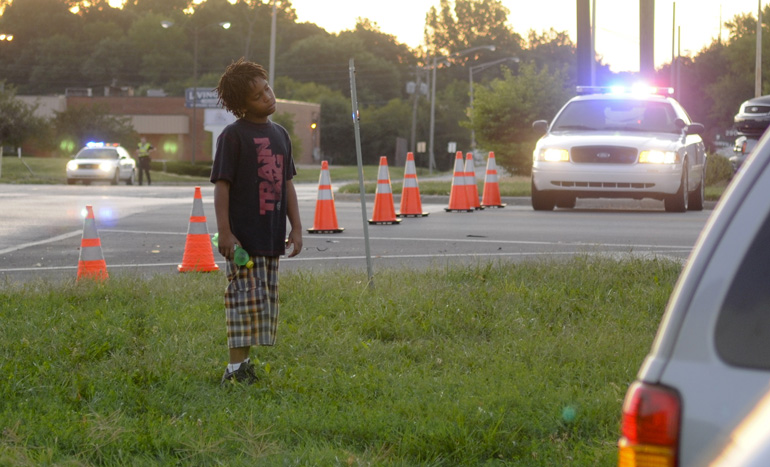 Many different kinds of people drove, walked or biked to a good place to see the implosion, which was the biggest event happening that early on a Sunday. 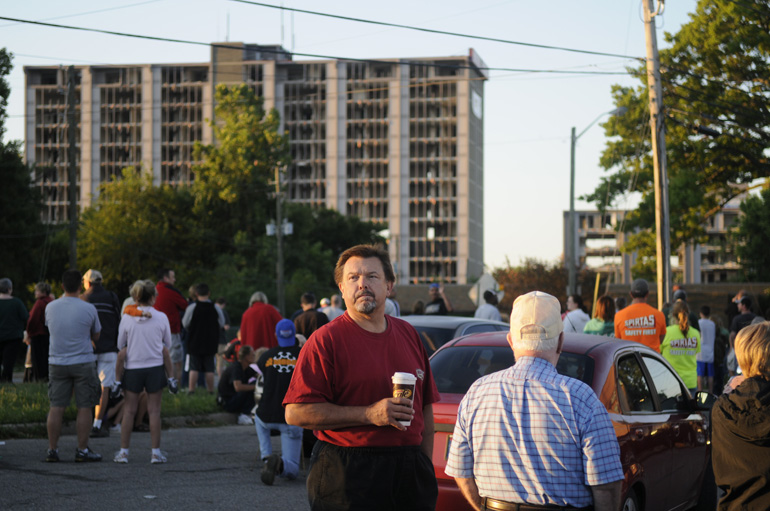 These guys, like me, found their place in a liquor store parking lot. 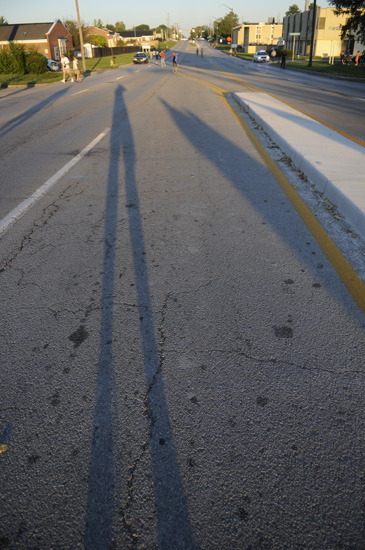 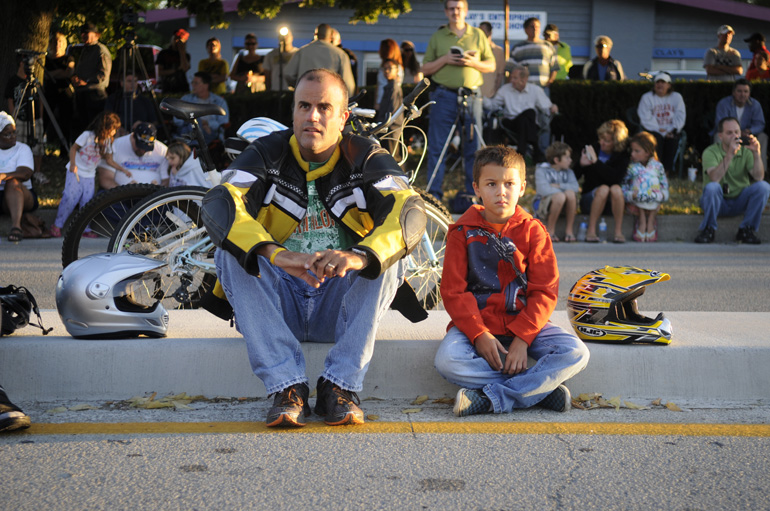 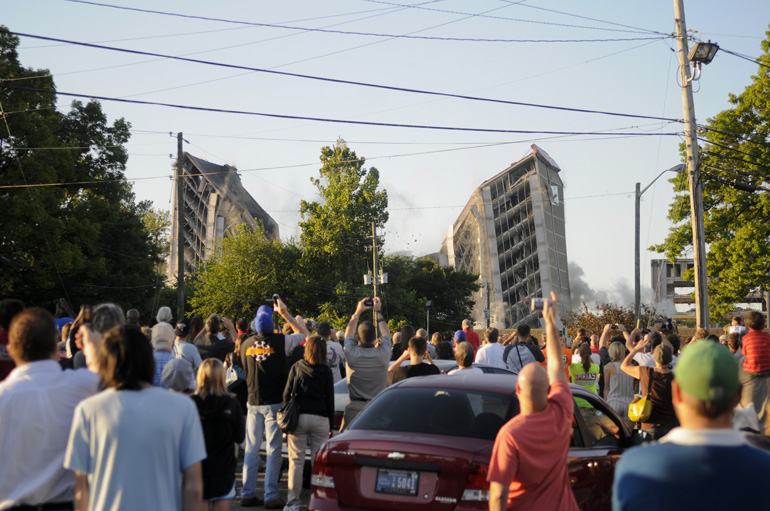 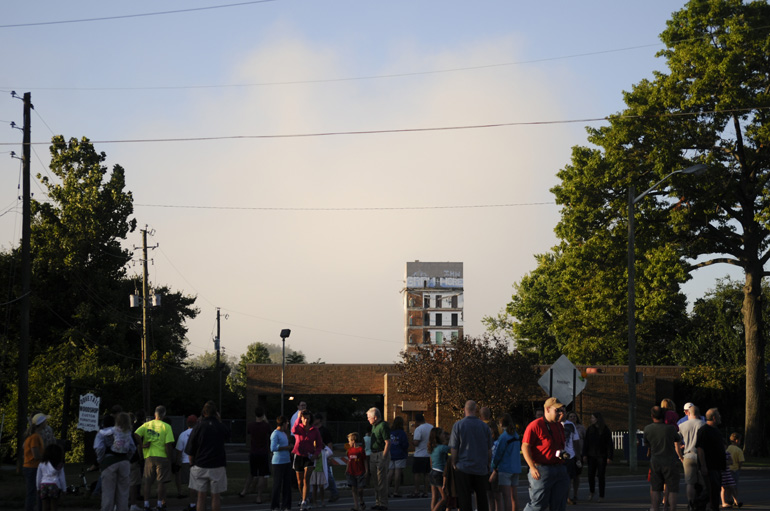 Advanced Explosives left up the elevator shaft in the smaller tower. They said it would have been too dangerous to detonate something that reinforced with everything else.