True Levia Heffner cries as her daughter Jazmine, 10, answers a question from Peace Education Facilitator Naeemah Jackson of the Peace Learning Center at the family's new home on the Near Eastside, Tuesday, Dec. 18, 2012. Their previous home had burned down last week due to faulty wiring, and they moved what belongings remained to a new apartment. (Alex Farris / For The Star) Alex Farris
The Heffner family and the Peace Learning Center | Alex Farris Photo Blog
Home
Previous
Archive
TAGS
News
Indianapolis
The Indianapolis Star
Personal

The Heffner family and the Peace Learning Center

On Tuesday, I got two Star assignments. One was the sweater party at the Vogue on Wednesday evening. The first one Mike gave me, though, was a Season for Sharing story with reporter Alex Campbell, and that one was much more meaningful.


The Heffner family (mother Levia and kids Denia, Jalen, MiShana, and Jazmine) lost their home, one they moved into just a couple of months ago, to a fire last week. They moved to an apartment on the Near Eastside, where they keep an "invisible Christmas tree" with presents underneath. They started meeting with Naeemah Jackson, a peace education facilitator at the Peace Learning Center, about a year ago, and Tuesday was going to be yet another meeting with her. The meeting started with the usual introductions, passing a stick around so each could bring their feelings into the discussion and say, "And I'm in."

The rest of the meeting was different, though. Jackson put two large sheets of paper on the wall, labeled, "Stages of Loss." As Campbell's story says, the wounds from the fire are still very raw. Jackson's goal was to keep those wounds in the open so they could heal, and not allow them to get buried and denied. Campbell tells the story better than I do, so if you can get behind the paywall I'll let you go there.

There's just one thing I have to add. The final stage of loss Jackson mentioned was forming a new identity, including making new memories. The Heffner family is far from there yet, but they're getting there, and they want to get there. They lost a lot of memories in the fire: Levia's husband's obituary, her collection of Michael Jackson memorabilia, countless photos.

When I took the family and Jackson outside to get a picture of all of them, Levia said something like, "This is gonna be our first family photo!" I didn't think much of it at the time, just smiled and made sure the camera was still enough in the setting sun. As I drove home, though, I realized that I, in a small way, was part of their process of making new memories.

This is why I do journalism. 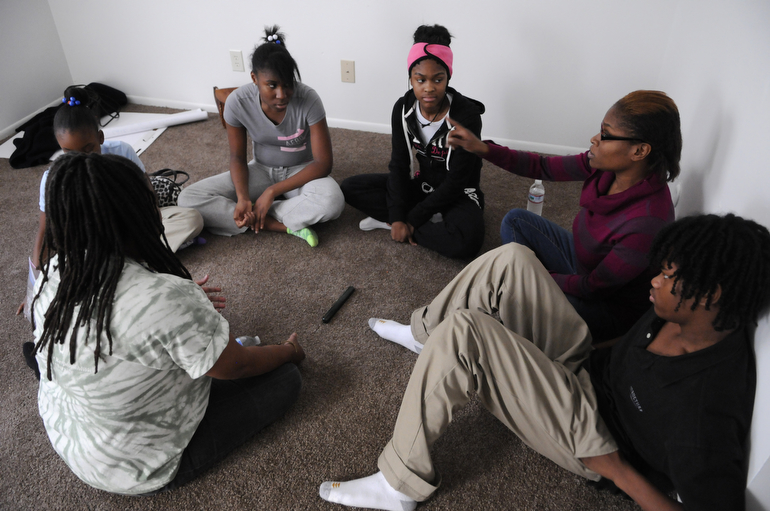 Peace Education Facilitator Naeemah Jackson (bottom left) of the Peace Learning Center talks with the Heffner family at their new home on the Near Eastside, Tuesday, Dec. 18, 2012. Their previous home had burned down last week due to faulty wiring, and they moved what belongings remained to a new apartment. (Alex Farris / For The Star) Alex Farris 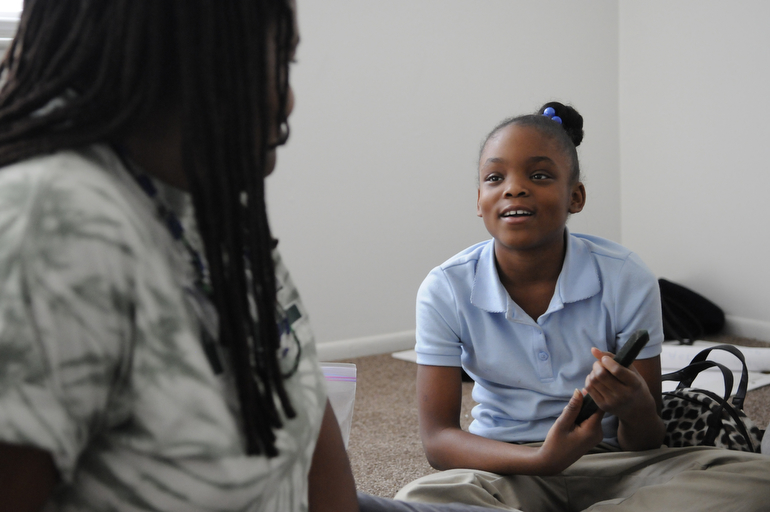 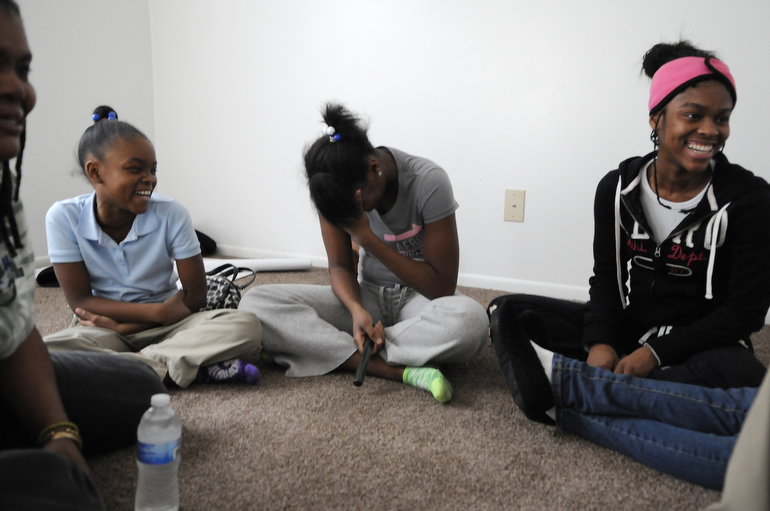 Jazmine, 10, MiShana, 13, and Denia Heffner, 16, laugh during a Peach Learning Center family session at their new home on the Near Eastside. Alex Farris 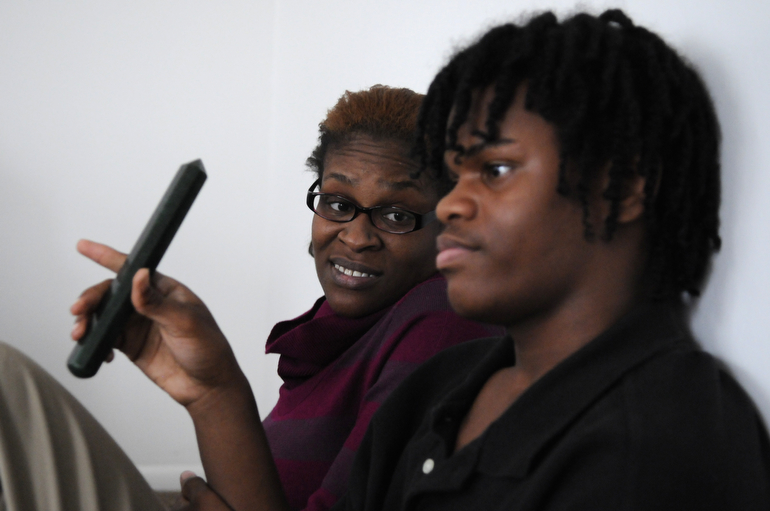 Levia Heffner talks to her son, Jalen, 14, as he introduces himself during a Peace Learning Center family session. Alex Farris 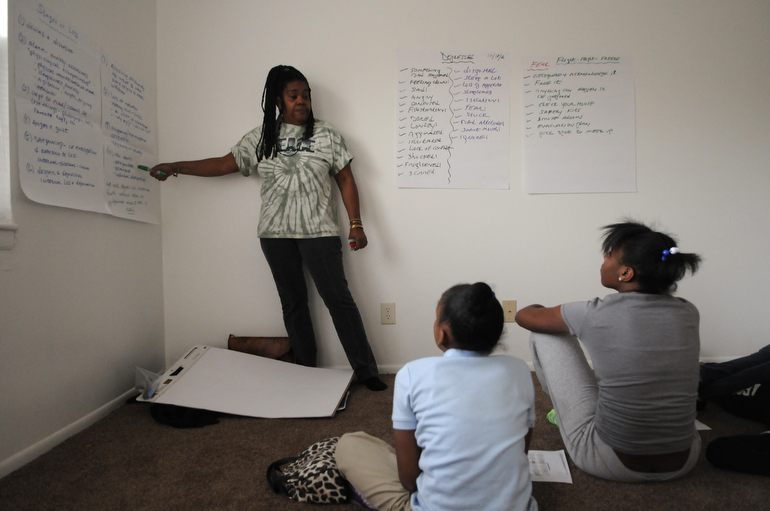 Peace Education Facilitator Naeemah Jackson of the Peace Learning Center describes the stages of loss to the Heffner family, including Jazmine, 10, and MiShana, 13. Alex Farris 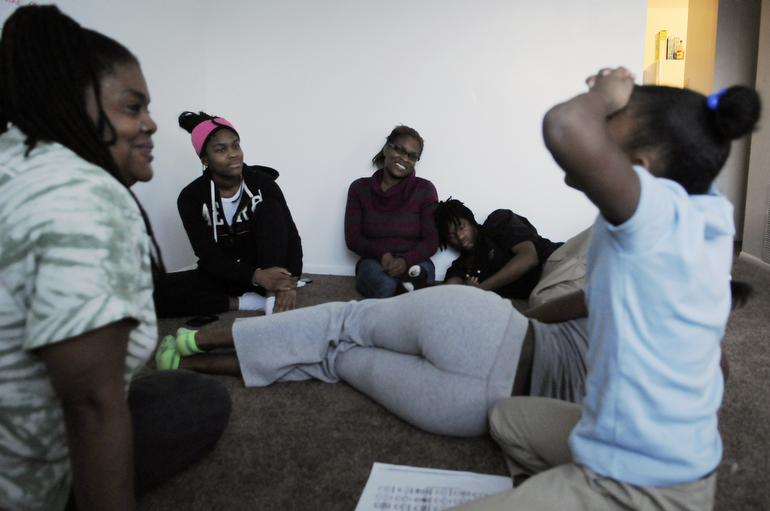 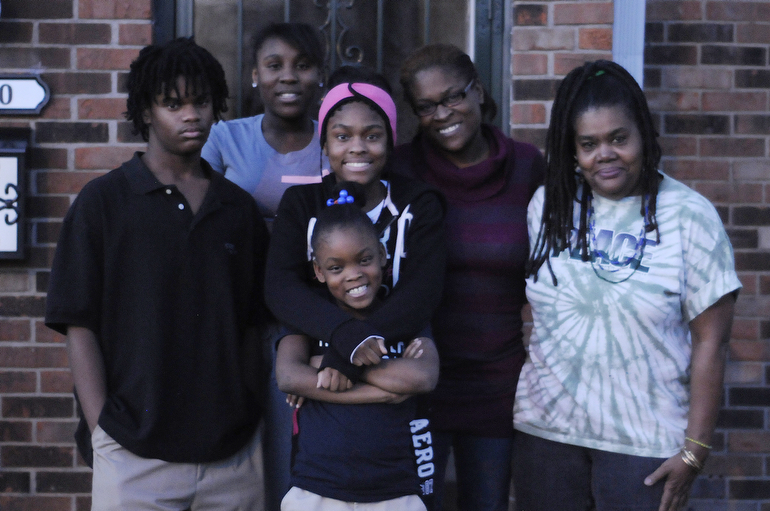