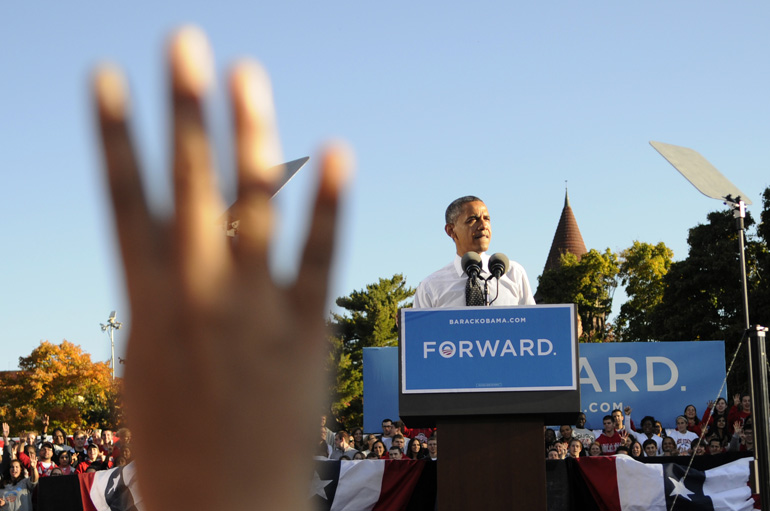 Obama and Romney campaign in Ohio

On Monday, I got another email from Demotix asking if I could take some campaign photos in Ohio. I obliged, especially since it turned out that, not only would I take pictures of Mitt Romney and Paul Ryan in Dayton, but I'd also go to Toledo and Bowling Green to take photos at both a Romney rally AND a Barack Obama rally. Score. 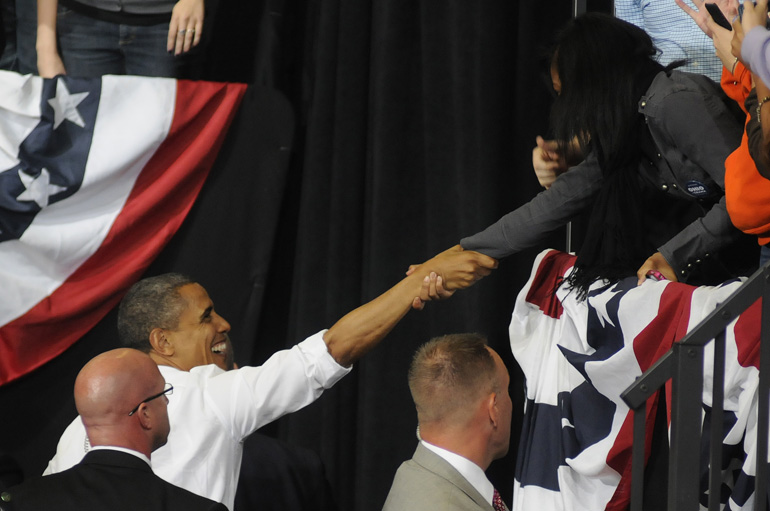 Maybe I should apologize for not providing any verbal substance or analysis of Congressman Paul Ryan's stump speech at the Clermont County Fairgrounds in Owensville, Ohio. (I did record a bit of it on my iPhone, near the beginning when he addressed the U.S. Embassy attacks in Libya and Egypt that resulted in the death of four diplomats in Benghazi, including U.S. Ambassador to Libya Chris Stevens. Specifically, he defended the guy at the top of his ticket, Mitt Romney, in his critique of the Obama Administration's early responses to the events. Audio here.) Like I usually am at these sorts of things, I'm too immersed in the visuals to pay attention to the words.


But maybe I can provide some substance. Along with the photos on Demotix, I have a set of images that analyzes (somewhat) Ryan's non-verbal methods of delivery. I've been fascinated by politicians and other speech-givers talking with their hands ever since I noticed Bill Clinton's "pointing without pointing" (also known at the Clinton thumb) when I was a kid. There's so much that politicians can say without saying a word, and it would do everybody some good to separate, every once in a while, the words and the gestures (and the faces) of a speech.

Update: Corbis picked up five of my photos! Screen shot of proof and current live search results page. With all the Super Bowl stuff, I now have a respectable photographer page on Corbis. w00t. 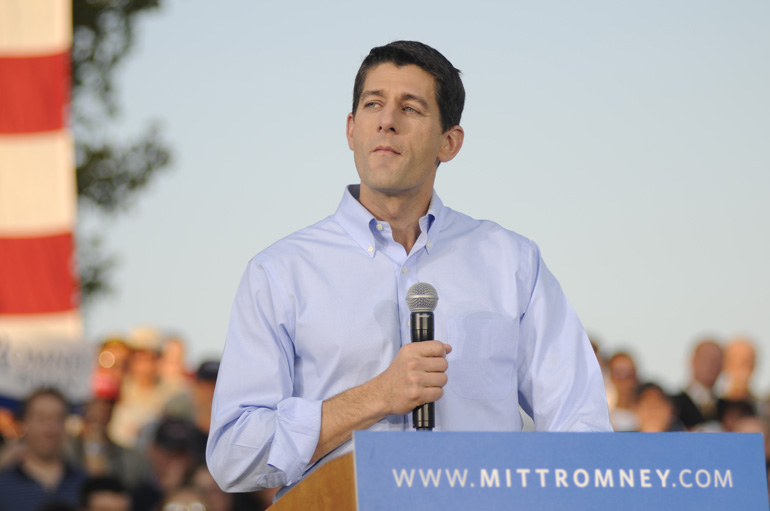 Paul Ryan lets a point sink in with the crowd's applause.